by Michelle Konstantinovsky Aug 13, 2019
The signature facial structure of the alligator gar Atractosteus spatula includes a short, wide, shovel-shaped bill that makes it stand out even amongst its fellow gar. Jason Goh/Pixabay

As humans, we like to think we run the show here on planet Earth. But in the grand scheme of things, our legacy is laughably short compared to those of other species. The prehistoric looking Atractosteus spatula, for example, otherwise known as the alligator gar, is sometimes referred to as a "living fossil." And for good reason: Scientists can trace this unique looking fish back 100 million years.

"The alligator gar, Atractosteus spatula, is the largest of the seven living species of gar," says Robert H. Robins, collection manager in the Division of Ichthyology at the Florida Museum of Natural History. "Besides its massive adult size, it can be distinguished from other gar by two rows of teeth in the upper jaw versus one, and a head that when measured length versus width, is broader than most other gar."

If you're not a fishing fanatic, here's a little background on gar: These freshwater fish are currently only found in North America, from Montana to southern Quebec to Costa Rica, but historically, they apparently swam in European, African, South Asian and South American waters, according to fossil records. Also called garpikes, gar are named for the Anglo-Saxon term for spear, and the name is fitting since their long, tubular bodies are covered in a protective armor of hard, diamond-shaped scales, and their snouts are typically long and elongated.

Alligator Gar Have No Relation to Alligators

The alligator gar is a bit different, though — its signature facial structure includes a short, wide, shovel-shaped bill that makes it stand out amongst its fellow gar (and explains the reptilian name). Like other types of gar, these guys can be pretty big, weighing up to 350 pounds (159 kilograms) and measuring more than 10 feet (3 meters) in length. Average-sized adults come in at a more moderate 100 to 160 pounds (45 to 73 kilograms) and 4 to 6 feet (1.2 to 2 meters) in length.

The alligator gar's distinctive dark olive-brown skin is one of the features that has historically made the animal a hot commodity for humans. The thick, overlapping scales (known as ganoid scales) have been used to make jewelry and tools, as well as a whole host of leather products, and the skin oil has been used as an insect repellent.

Though an alligator gar will go berserk if threatened and can definitely seem dangerous, there has never been a verified attack on a human by an alligator gar, even though they do have needle-sharp teeth.

According to Robins, people have been fishing for alligator gar for centuries — potentially longer. "The reasons for doing so vary," he says. "In my state, Florida, no one may take an alligator gar without a special permit and such permits are limited to scientific research or species management work only. This is sound management: Alligator gar are slow growing and slow to reach sexual maturity. They aggregate and spawn in specialized habitat. All of this makes them vulnerable to overfishing/environmental degradation."

Alligator Gar Are Edible, But Not Tasty

While experienced fishermen may enjoy the thrill of pursuing and catching the distinctive species, no one's exactly clamoring to cook them for dinner. The fish itself is technically edible, but not a great meal option for a couple of reasons. "The eggs of all gar are toxic to eat and the flesh is poor quality," Robins says. "In addition, all gars have a thick armor-like covering of ganoid scales over their entire body. It would be very, very difficult to process a gar and for the aforementioned reasons, not a good idea or in most cases, worth the effort."

If fish enthusiasts aren't seeking out alligator gar for suppertime, then could they at least keep the catch of the day for company? "I have seen gar for sale as pets, including fantastic color varieties, but all gar get at least close to a meter (3.2 feet) in length and are too much for all but large public aquaria," Robins says. So, unless you have a private pool reserved just for giant fish, you're probably unlikely to become the proud long-term owner of an alligator gar.

Part of the reason alligator gar have been on the receiving end of overfishing may be due to a now debunked theory that the animal was using its two rows of sharp teeth to prey on a variety of other fish that humans wanted for themselves. And while they do eat fellow fish for food, they're not as likely to go after game fish, and are happy eating a whole lot of other things like small mammals, waterfowl, insects and crustaceans.

As for the fish they do eat, they're unlikely to eat enough to threaten the fishing ecosystem. "All gars are predatory," Robins says. "What alligator gar feed on is likely to vary tremendously with life stage. Tiny larvae and juveniles are likely to feed on appropriately sized invertebrates or small fish, and larger gar are likely to feed on fishes and other vertebrates."

Now That's Interesting
Alligator gar are just one example of the resilient species that have fascinated experts for centuries. "The seven living species of gar are remnants of an ancient division of fishes that date to the early cretaceous period (about 118 million years ago)," Robins says. "Five of the living species are native to eastern North America, and one each to Central America and Cuba. They are really quite special fishes with an amazingly successful body plan and biology that has really stood the test of time."

How Does String Cheese Get Stringy?

Think a Drone Is Spying on You? Here's What to Do 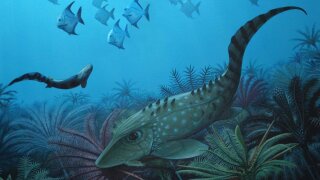 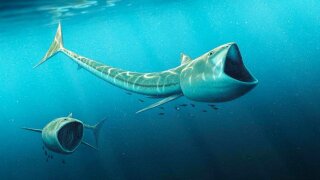 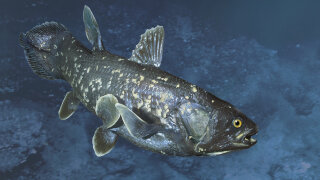