Caterpillar Anatomy: A Tube for Food 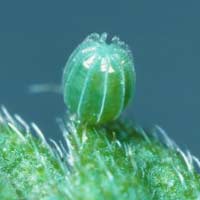 A caterpillar's life starts with a textured, patterned egg and ends with a chrysalis -- a protective covering in which the caterpillar pupates, or undergoes a metamorphosis. Once the insect leaves the chrysalis, it's a full-grown butterfly or moth. It's the same species as it was before, but it no longer looks much like a caterpillar.

Between egg and chrysalis are a series of molts, in which the caterpillar sheds its too-tight skin, typically eating it afterward. This gives the caterpillar a little extra nourishment and also gets rid of evidence that could attract predators. The stage between each molt is called an instar, and most caterpillars go through five of them, growing very quickly and consuming lots of food to power their metamorphosis. The length of each instar varies based on the caterpillar's species, its food intake and the weather. Molting gives caterpillars more room to move, but it doesn't wipe out what they've learned about their environment -- most likely, their memory lasts over one or two molts.

A caterpillar's body is basically a tube for processing and storing food. A set of mouth parts lets the caterpillar chew its food -- typically leaves and other plant parts. The mouth empties into a very long intestine with fore and hind parts. Here, the caterpillar's digestive system breaks down the food and eventually stores it in a layer of fat called the fat body.

Six legs attached to the thorax let the caterpillar move around. Additional pairs of prolegs support and move the length of the caterpillar's abdomen. These prolegs end in small, hook-like suction cups called crochets. Since prolegs don't have segments or joints, they're not real legs, so even though it doesn't look like it, a caterpillar is a six-legged animal.

The rest of the caterpillar's body lets it survive and get around:

Caterpillars also have spinnerets, or silk-producing organs, in their heads. Next, we'll look at how silk can save a caterpillar's life, why it effects how quickly a caterpillar grows and why it's crucial to a successful metamorphosis.

Almost all caterpillars are herbivores, but there are some exceptions. Some butterflies, like Australia's Liphyra brassolis, lay their eggs in anthills. These eggs are disguised with waxes and pheromones, or scent chemicals, so the nearby ants don't notice them. When they hatch, these caterpillars eat ants and ant brood, or larvae. A few caterpillar species eat even larger animals -- several Hawaiian species eat snails after tying them to twigs with silk.