Alpacas Are Totally Not Llamas

An alpaca is a hybrid between a llama and a vicuña, two camelid species native to the Andes Mountains in Peru, Bolivia, Ecuador and Chile. PXHERE

Have you ever seen an alpaca before? Not a llama — those are different. An alpaca looks like an ostrich mixed with a standard poodle and a camel. They are very thin, tall and cuddly-looking, and they appear to have no business on this planet at all. You can make the softest socks and sweaters out of their hair, they're cheap to keep as livestock and they're relatively hearty animals. But should you get a herd of them for your backyard? Here are a few things to keep in mind:

Alpacas Are Not Pets and Not Normal Livestock

An alpaca is a hybrid between a llama and a vicuña, two camelid species native to the Andes Mountains in Peru, Bolivia, Ecuador and Chile. Alpacas were never wild but rather were created by the Incans about 6,000 years ago as a source of fiber for royal clothing.

"Alpacas have only been in the U.S. since 1984," says Janis Piper, an alpaca herder at the Northern Solstice Alpaca Farm in Unity, Maine. "They're considered livestock, but they're very different from sheep, horses and cows. They're also not really a pet — they're intelligent and very curious, but not cuddly or huggable."

Some unique things that keep alpacas in a class by themselves as far as their physiology and habits are concerned are their padded feet with toenails (they're not hooves), the fact that they poop and pee in a communal "litter box" and females can get pregnant 365 days a year, so you have to pasture males and females separately. And this is just the beginning of a hefty catalogue of alpaca oddities.

"You really have to do some reading and talk to some farmers who raise them before you get alpacas," says Piper. "They're their own thing."

Alpacas Are Robust, but Susceptible to Certain Diseases

Because alpacas came from their native South America only a few decades ago, they haven't developed immunity to a lot of the viruses and parasites carried by traditional livestock.

"One of the things we recommend is that you don't pasture them with other animals — they're particularly susceptible to diseases carried by goats," says Piper. "One of the first alpaca farmers in Maine lost his entire herd when he started raising goats on his farm."

One disease in particular — caseous lymphadenitis (CL), a bacterial infection common in goats — can ravage a herd of alpacas. There is no vaccine for CL, and it can be carried by goats, but not expressed, so it can accidentally be passed along to alpacas. The best thing to do is to avoid having them in the same pasture with goats.

If alpacas are being raised anywhere where white-tailed deer are common, be sure to immunize your alpacas once a month to protect them from meningeal worms.

Can you tell which one is the llama here? Hint: the alpacas are the ones in white.
Tim Graham/Getty Images/Jason Koch/Howstuffworks

"Alpacas can be kept on the same farm as other animals, but we just recommend having a foot bath that we walk through on the way in and out of the pastures," says Piper. "That way we're not carrying something in that they're susceptible to."

Alpacas are cheap to feed because they eat very little — only about 2 percent of their body weight every day. One standard square bale of hay will feed an adult alpaca for about two weeks. This said, an alpaca's dietary needs are very different from other livestock. Because alpacas come from a region of South America where there's lots of copper in the soil — and, therefore, in the forage — they actually require copper as a supplement. Too much copper could kill a sheep or a cow, but an alpaca could die without it.

Otherwise, according to Piper, they need wide-bladed, grassy hay like orchard grass, fresh water and a clean pasture. They don't need much in the way of food, but medications are another story.

Alpacas are hearty animals and they don't get sick easily, but once they fall ill, it's hard to get them well again. Some medications you'd use to treat a horse or other large mammal don't work at all, but even when the medication is correct, the dosage is much different. Because an alpaca metabolizes medications differently than other livestock (they have a single, three-chambered ruminating stomach like a camel), treating one for a common illness — tapeworm, for instance — requires about seven times the dosage by weight than you would give a horse.

"I treat a 150 pound alpaca with the same dose I'd give a 1,000 pound horse," says Piper. "Some large animal vets don't know to do this, though, because they haven't treated camelids before. There are only a couple vet schools that teach camelid studies, so it's important to find a vet in your area that knows how to treat them."

Alpacas are very social within their own herd, and you never want to keep an alpaca by itself.

"We generally tell people you should never have fewer than three alpacas at a time because they have a hierarchical structure in their herds," says Piper. "They're matriarchal, so even if you have a gelded male in with the females, the female would be boss. Within a herd of males, there will always be a leader of that group as well. One alpaca would get sick and die if it was alone. If you have two, you always have one that's in charge and one that gets bossed around. With three, there will be a leader, but the other two know more what their role is — a herd with three or more is just happier and more settled."

Alpacas like to spend their time within family units — sisters, mothers and babies will often all hang out together within the herd. The mothers are pregnant for almost a year and are very attentive to their babies, nursing them for six to eight months before they're weaned.

Because alpacas have padded feet instead of hooves, weigh about as much as a moderately-sized adult human, only have teeth on their bottom jaw and have pretty diffident personalities, a good, strong fence is needed to keep out predators. A very enthusiastic dog could make short work of an alpaca herd.

"They can spit digestive juices at you, but that's about all they can do," says Piper. "It's gross, but it's their only predator protection, and they usually won't even do that."

Legend has it, alpacas were brought to Earth by a goddess who fell in love with a mortal man. After her lover disobeyed her father, the goddess fled back to her home, but her boyfriend captured a few of her alpacas to keep on Earth before they escaped with her to heaven. 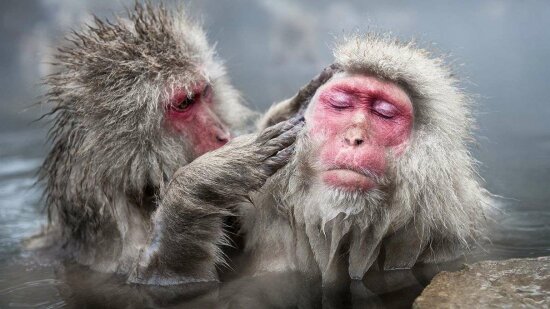 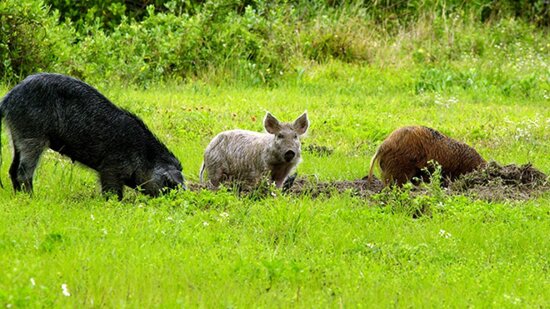 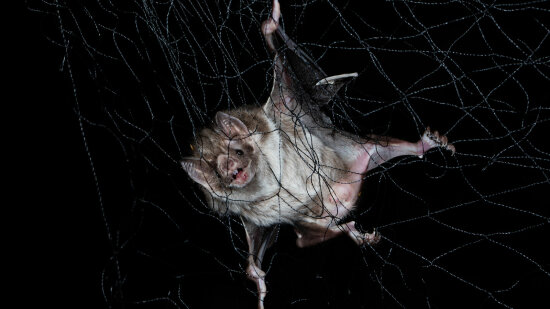