by Tara Yarlagadda Feb 13, 2020
A grey seal swims in the Farne Islands off the coast of Northumberland, England. The Farne Islands are the breeding grounds for one of Europe's largest grey seal colonies, with around 4,000 adults giving birth to 1,500 pups every year. Dan Kitwood/Getty Images

We've known for a while that seals like to clap. We've turned the seal clap into meme after meme. Seals gleefully smacking their flippers together has become so iconic that actress Nicole Kidman's unorthodox method of applauding at the 2017 Academy Awards became known as "seal hands" clapping.

Until now, this practice had been largely limited to observing seals clapping on land or above water. But a study, led by Monash University in Australia and published in January 2020 in the journal Marine Mammal Science, blows our previous understanding of seal clapping out of the water.

The researchers captured on camera the first-ever observation of a wild seal using what the study authors call "percussive signaling." In the video, a male grey seal swims off the coast of the Farne Islands near northeast England. He swishes by another seal and swims off, but not before quickly smacking his forelimbs together in succession, producing a sharp sound each time. The video footage was recorded, after 17 years of diving and trying, by naturalist Dr. Ben Burville, a visiting researcher with Newcastle University, U.K. It's a pretty quick 'look-away-and-you-miss-it' moment, as the claps last less than a second each.

Due to the fact that this clapping male seal initially swims by a female uttering guttural noises, the researchers speculate that the clapping might play an important role in social interactions such as breeding. The female seal swims off, but when she returns on-screen later in the video, the male claps once more and gets a little frisky by nearly biting the female, lending some support to this theory of social bonding.

It seems that only males clap underwater, and they usually target other seals with their smacks, leading the study's authors to hypothesize that the clapping functions as a mating behavior "to ward off potential competitors and/or advertise fitness to females." It's unclear whether other breeds of seals make the same gunshot-like clap, but similar sounds can be found across the marine mammal spectrum, such as when harbor seals and humpback whales slap their pectoral flippers.

Now That's Interesting
Speaking of underwater sounds, leopard seals are also known to sing under the depths of the ocean during the breeding season. It's unclear exactly why the seals produce these vocal surprises, but for now, enjoy the sound of their haunting tunes.

Taking Out a Personal Loan? Some Mistakes to Avoid

Want an Emoji on Your License Plate? Move to Vermont! 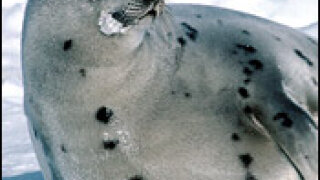 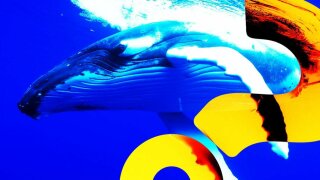 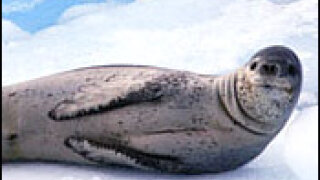