by Mark Mancini
Next

The lion (Panthera leo), such as the male pictured here, can live for about 10-14 years in the wild and run at a maximum speed of about 50 mph (80.5 kph). Lions are the only members of the cat family to display obvious sexual dimorphism, meaning that males and females look distinctly different. skeeze/Pixabay

Leonine imagery is everywhere. For Pete's sake, we've got lions guarding the New York Public Library, heralding new MGM movies and adorning the helmets of Detroit's National Football League franchise. Since the days of Aesop, the beasts have symbolized power and might. But don't forget that real lions aren't storybook archetypes. They're living, breathing animals — and fairly strange ones, at that. Here are five things you probably didn't know about the much-mythologized felines.

1. When They Attack Porcupines, Things Get Ugly

It's hard to make a meal out of something that's covered in 19.7-inch (50-centimeter) flesh-piercing spikes. African lions live side by side with porcupines in the Hystrix genus. At most, these rodents weigh just 66 pounds (30 kilograms ) or so — yet they're more than capable of holding their own against the so-called "king of the beasts."

Porcupines have soft bellies, but their backs and flanks are adorned with detachable quills and spines. Predators risk serious injury by attacking the well-armed critters. Still, when times are tough, carnivores may decide the risk is worth the reward.

A 2019 review found about 50 documented instances of lions getting wounded or killed by porcupine spikes. It was also revealed that lions who live in arid places — where large herbivores are scarce — tend to hunt porcupines more often.

An unsuccessful attack can leave the cats with empty bellies and quill-riddled faces. Such injuries cause serious problems down the road. If a spike gets lodged in a lion's jaws, teeth or nose, its hunting skills might suffer. So lions who've gotten stabbed by porcupines become more likely to go after "easy prey" like domestic cattle — and human beings.

There's strength in numbers. Late in the dry season (i.e., August through November), the Savuti lions of Botswana have to contend with food shortages — because that's when various hoofed mammals migrate out of the area. In response, the cats gang up on full-grown elephants, frequently under the cover of darkness. Up to 30 lions join forces to isolate one of the gray juggernauts from the rest of its herd. With a flurry of bites to the back, legs and tail, the predators eventually wear their target down. Game over.

Of course, elephants aren't the continent's only giants. Over at South Africa's Kruger National Park, lions have started driving giraffes onto asphalt-paved roadways. The smooth driving surfaces don't provide much traction, so giraffes are prone to slip while crossing them. And once an animal's down, it's easier to slaughter.

Lionesses like their mates dark and handsome. Many naturalists used to think male lions grew manes because they helped protect the neck area. Supposedly, all that extra hair could cushion blows during fights with rivals. But this idea fell by the wayside in 2002 after a series of experiments involving realistic lion dummies.

A team led by biologist Peyton West exposed four phony lions to real-life males and females in Serengeti National Park. The lionesses made their preference clear. In 13 out of 14 trials, females responded more positively to dark-maned dummies than they did to the ones with light, dirty blonde manes. On the other hand, visiting males seemed intimidated by the dark-haired props.

What accounts for this behavior? Dark hair does a better job of retaining heat. At first, you might think this would become a huge liability in hot places like the Serengeti. But according to West, darker manes send a useful message. Males who can grow those things are healthy enough to withstand the extra heat they entrap. Ergo, the dark manes advertise physical fitness. That both attracts females and makes other males think twice about picking a fight.

4. Those Tufted Tails Are Communication Tools

Uniquely among the world's cats, lions have tassels of thick black hair on the ends of their tails. Cubs start developing these five and a half months after birth. And as they grow, the youngsters may entertain themselves by grabbing hold of an adult cat's tail tuft. (Visualize your pet kitty playing with a feather toy.) Mature lions use their tails — tassels and all — to express themselves. During fights, the tail is kept rigidly straight and it waves vertically when a threat is near. Females tend to flick their tail tufts around while cubs are present: This might help the infants keep track of their mothers in tall grasses.

5. Wild Lions Are Not Limited To Africa

Thousands of years ago, lions stalked northern Africa, southwestern Asia, the Middle East and portions of Europe. (Reportedly, one pride harassed Persian invaders during a military campaign through Greece in the year 480 B.C.E.) Since then, their range has dwindled considerably. But today, we still have a living reminder of an age when these dreaded cats patrolled three continents.

Step right up and meet the Asiatic lion. Found exclusively in northwestern India, this animal is essentially a holdover: While lions were dying out in Greece, Iran and elsewhere, a small population staved off extinction in the Indian state of Gujurat. Compared to their African brethren, Asiatic lions have bigger tail tufts and thinner manes which leave the ears exposed. In terms of overall body size, these Indian felines are roughly 10 to 20 percent smaller.

Conservationists have every right to be concerned about both varieties. Between 1994 and 2015, the number of wild lions in Africa dropped by 43 percent. Currently there are only around 20,000 of these cats left on the continent. Meanwhile, the International Union for Conservation of Nature lists the Asiatic lion as endangered — but there are some positive signs. A 2017 field survey counted about 650 individuals living in their natural habitat. That's a step up from an earlier 2015 census, which only documented 523 wild lions.

With an estimated weight of over 771 pounds (350 kilograms), the prehistoric "American lion" (Panthera atrox) was one of the biggest cats that ever lived. However, despite its common name, paleontologists now think the creatures were more closely related to tigers and jaguars than actual lions. 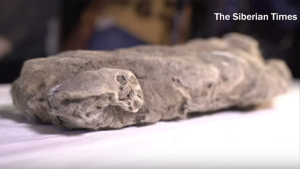 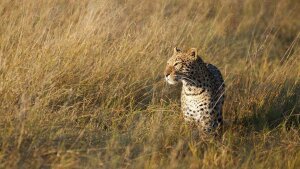