by Christopher Hassiotis Feb 18, 2016
The sea butterfly snail (Limacina helicina) moves through the water by flapping its two "wings" in a figure-eight pattern. Alexander Semenov

We tend to think of snails as those slooow, literally sluggish, creatures sliming their way through a garden, leaving a streak of evidence right up a window. But every family has its surprisingly mismatched cousin, and that's the case for this tiny aquatic snail. New research into the underwater locomotion of the sea butterfly (Limacina helicina) has revealed some surprising findings.

Rather than a single, fleshy foot common to most snails, the sea butterfly (Limacina helicina) flits about chilly Arctic seas using two "wings" adapted to propel it through water. A new study in the Journal of Experimental Biology has found that the wing motion this snail uses is the same employed by insects flying through air, beating their wings in a figure-eight pattern.

Footage of the sea butterfly was slowed down and analyzed by researchers.
David Murphy/Georgia Tech

"Most zooplankton swim with a drag-based paddling technique," says former Georgia Institute of Technology graduate student David Murphy, part of the team working on the study, in a press release.

The mollusks generate the same low-pressure system in water that produces lift when fruit flies do the same thing in the air. They both clap their wings at the top of a beat, and when they peel apart their wings the low-pressure vortex that movement creates sucks fluid into the V-shaped gap, generating lift.

That two very unrelated species can use a similar mechanism for mobility is an example of convergent evolution, much like how the fins of fish and the flippers of mammalian whales have both evolved to address similar issues.

Different types of the snail, whose body is mainly gelatinous and whose hard shell is made of calcium carbonate, can grow to as large as a little more than half an inch (15 millimeters) and as small as just .04 inches (1 millimeter). The researchers used four special high-speed cameras to capture these tiny creatures and then spent months analyzing the footage.

"In this sort of free-swimming experiment it's normal to take 30 passes to get three usable ones, but we got really lucky," says Murphy, who's now at Johns Hopkins University. "The animals even cooperated by swimming in different orientations, so we could see different perspectives."

Check out a few more images of the snail below, courtesy marine biologist, explorer and underwater photographer Alexander Semenov:

Could Too Much Screen Time Mean Obesity or Cancer?

How Rude! Computer Scientists are Building an Enraged Robot 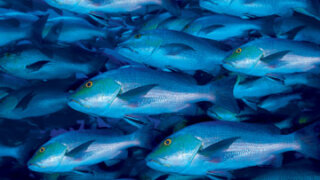 Do species converge or diverge as they evolve? 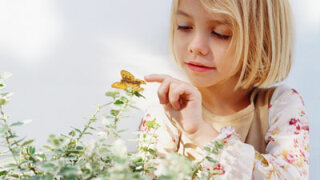