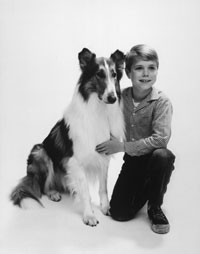 Many fictional dogs, such as Lassie, Benji and Rin Tin Tin, have made their marks on the small and silver screens, sometimes inspired by heroic actions of dogs in real life. Most of the time, these canines completed physical acts of bravery. Service dogs like seeing-eye dogs, recovery dogs and other rescue animals are trained. But is it possible that some dogs are so intelligent and sensitive that they can predict health crises like epileptic seizures and warn their owners?

Epilepsy is a neurological condition with a wide array of possible causes. Involuntary seizures are the most well known characteristic of epilepsy, which is often caused by brain malformations or tumors, head trauma and a variety of other diseases that cause lesions on the brain, according to Nancy Meers, Pediatric Nurse Practitioner with the Children's Epilepsy Center at Children's Healthcare of Atlanta at Scottish Rite. For most epileptics, the truly terrifying thing about seizures is how unpredictable and dangerous they can be.

Many people believe seizure alert dogs (dogs that sense and warn their masters of upcoming seizures) or seizure response dogs (dogs that provide assistance to their masters during and after a seizure) can provide epilepsy patients with a greater sense of control over their disorder because they seem to be able to help them avoid catastrophe in public places, such as driving a car. While many medical professionals do not doubt that there are dogs with the ability to predict seizures, they are wary of relying on them 100 percent. After all, dogs are not infallible, much like their human masters.

Owners of seizure alert dogs report that their canine companions typically begin warning them of impending seizures anywhere from 30 seconds to 45 minutes prior to an episode. Each dog has its own style of alerting, including pawing, barking, circling and making close eye contact. Usually, the canine cues spur the patient to lie down in a safe place until the seizure has taken its course. Seizure response dogs have even been known to lie down next to or on top of the person having a seizure, providing their owners comfort and preventing unintentional injury.

It's impossible to know how many seizure dogs there are in the world, especially because they do not seem to be age-, gender- or breed-specific ­[source: Enquirer.com]. In fact, many owners report that pooches they have had for years seem to develop the capability sometime after their owners have been diagnosed.

On the next page, we'll look at some theories of why dogs are capable of detecting seizures and why some experts take the dogs' predictions with a grain of salt. 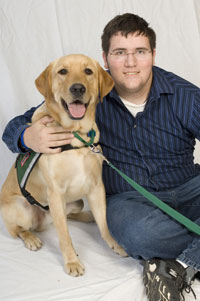 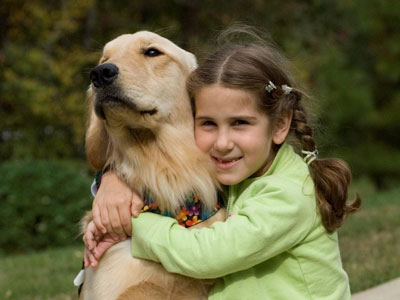 Despite the inability to pinpoint why and how seizure alert dogs do what they do, many patients and parents of epileptics want one of their own, if for no other reason other than to have an added measure of security. Thanks in part to the controversy spurred by the misdiagnosed cases of PNES, however, many medical professionals believe that more stringent requirements should be put in place regarding to whom these dogs are given and sold.

Mainly, experts believe that a person who receives a seizure response dog should be a clearly diagnosed epileptic, with PNES ruled out ahead of time. After all, it takes about two years and between $10,000 and $25,000 to train seizure response dogs. Although many medical professionals do not believe PNES sufferers should have a dog to respond to seizures, doctors do recognize that a dog or pet can provide emotional support and improve patients' quality of life.

Epileptics who are fortunate enough to obtain one of these dogs (which insurance usually doesn't cover) are carefully screened to ensure that they can provide the canine with the appropriate care and attention. Owners also must be willing to make the financial commitment, including initial cost of the dog, veterinary bills and other miscellaneous costs. In addition, the dogs need continuous training to keep their skills sharp.

Once a patient acquires a seizure alert or response dog, medical professionals caution patients and their families to remember that even though their dogs are amazing, they're still fallible. Scientists hope that more studies will be done to determine conclusively how and why some dogs have this ability, so that more epileptics will benefit from their abilities in the future.

For more information on dogs and related topics, read on to the next page.

What's the Biggest Dog in the World?
Why Do Dogs Sniff Each Other's Butts?
Persistent Stigma of 'Pit Bull' Label Hinders Dog Adoption