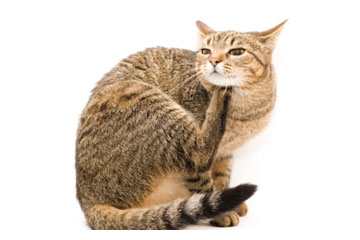 Is your cat scratching more than usual? It might be fleas. See more cat pictures.
Hemera/Thinkstock

Ugh, fleas. Just the mere mention of them is enough to send some cat owners into a frenzy. These small, flat-bodied insects are no bigger than a pinhead, but sometimes it feels as though they've conquered the world. They're found just about everywhere, are tough to kill and can leap many times their body length.

Fleas can live off the blood of just about any warm-blooded animal, but they prefer the higher body temperature of dogs and cats over humans. (If your cat has fleas, you've probably been the unfortunate recipient of a few bites yourself, though.) They reproduce quickly, and their eggs can survive in the environment for long periods of time -- long enough to hatch out and hop onto the next host that happens by.

A cat with fleas may scratch a lot, but not always. If your cat has fleas, you'll probably see small, black, comma-shaped droppings on his coat (known as "flea dirt") if you don't see actual fleas. Both may be noticeable when the cat is being brushed -- another good reason for regular grooming. To check a cat for flea dirt, stand him on a white or light-colored surface and ruffle his fur vigorously. If you see black specks, moisten a cotton ball and smear them. If you see dark brown smears -- dried blood -- you definitely have a flea infestation on your hands.

Fleas are mostly a nuisance, although some cats are allergic to their saliva and may get an itchy rash or skin infection. If your cat has fleas, he will inevitably swallow some while grooming -- and he may also pick up a tapeworm in the process. A cat that has a particularly bad case of fleas can also become anemic due to blood loss.

So, it's time to wage war. This enemy is not about to surrender; you have to wipe it out down to the last egg, because there's no such thing as peaceful coexistence in this case. Read on to find out what to do when your cat has fleas. 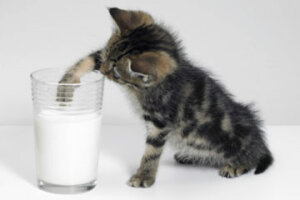 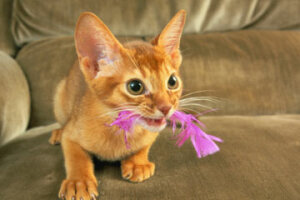 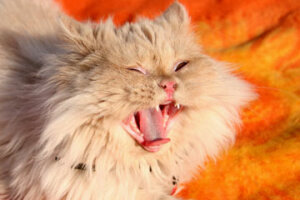 Cats with a Cough