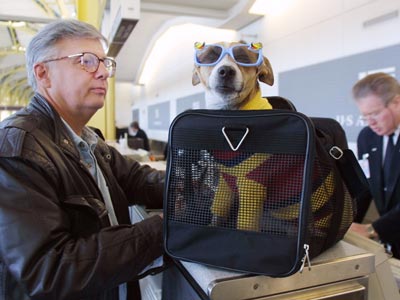 Dick the Dog prepares to fly to St. Petersburg Florida with his owner. Check out these pet pictures.
Manny Ceneta/Getty Images

­It may seem like you need college degrees in business management, calculus and quantum mechanics (along with a keen interest in astrology) to figure out how airlines set prices for plane tickets. A ticket f­rom one city to another might vary hundreds of dollars from one day to the next, and for no apparent reason. On top of that, most airlines have several classes of tickets that can affect the price -- even if you are only looking at the coach section of the plane.

But pet tickets are a little less perplexing. In most cases, a pet ticket is a flat fee, though a few airlines do have a sliding scale based on the animal's weight for pets traveling in the cargo section. But unlike tickets for humans, pet tickets remain consistent until the respective airline decides to make a company-wide change to the fee.

In the United States, airlines that allow pets on planes have to follow strict federal guidelines. The Federal Aviation Administration (FAA) follows standards set by the Animal Welfare Act. Traveling pets have to meet the following requirements:

­The FAA requires all pets transported within airplane cabins to be in a container that can fit beneath a passenger seat just like any other piece of carry-on luggage. Beyond that, the FAA allows airlines to set standards regarding in-cabin trans­portation.

In the next section, we'll look at the difference between pet tickets for in-cabin flight versus the plane's cargo hold. 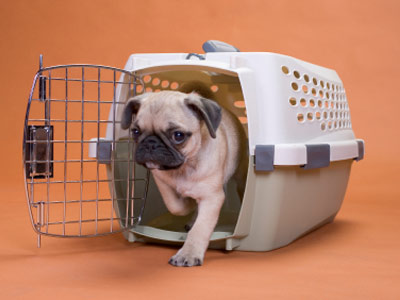 To learn more about traveling with your pet, take a look at the links on the next page.

Ragdoll Cats Are the Floppiest, Friendliest Felines Around
Black Neon Tetra
How to Pick Up a Cat