by John Perritano Jul 18, 2018
Dog trancing is the phenomenon when a dog walks slowly beneath something that lightly touches his back — usually leaves or draperies — and it puts him in a "trance-like" state. Youtube screenshot/HowStuffWorks

Ivy Sue was the greatest of Danes — all 147 pounds (66 kilograms) of her. Yet, she was a bit neurotic, or so I thought. Although she outweighed every cat in the house by at least 135 pounds (61 kilograms), Ivy never walked up the stairs if one was in her way. At night, she'd spin around and around and around on her bed (10 to 15 times) before she slammed her body down to go to sleep. I suspect she was checking for snakes.

She also used to do something very curious — something that I thought very odd, but wasn't overly concerned about: She'd slowly walk to the Rose of Sharon (Ivy did everything slowly) on the side of the house and slink under its boughs, staring straight ahead as if she was in a trance.

She'd stand there for 10 to 15 minutes. She did it so much that when she passed we put a memorial plaque with her name under the bush. To be honest, she also used to stand under the big maple in the back and hang out under its weighty branches. She also used to cuddle up to a huge tuft of tiger grass in the rock garden.

It wasn't until the other day that I found out I was not the only dog owner whose pets exhibited this strange behavior. It even has a name — "trancing" or ghost-walking. It's when a dog creeps under the branches of a bush or tree, or under the curtains in the living room and lets the branches or curtains brush along their back, seemingly going into a trance.

The behavior, as best as anyone has been able to tell, is harmless, albeit weird. One study published in the journal Veterinary Record found trancing in bull terriers (a breed that tops the list in trancing) is "apparently purposeless." It seems to be something that dogs just do for reasons no one can decide.

What should you do if your dog is trancing? Some experts recommend asking your pet to do something else, although they might not listen to you. As for me, I just let Ivy be Ivy. As long as she was happy, so was I.

NOW THAT'S INTERESTING
Chasing a tail is another one of those things dogs do. Why do they do it? Simply, they do it to amuse themselves and to get some exercise. They'll also do it to catch your attention and get you to play with them.

Could a Galactic Civilization Survive the End of the Universe?

Most People Think Texting While Driving Is Fine, Study Says 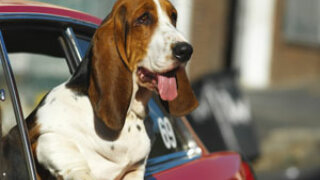 Should I let my dog stick its head out the window? 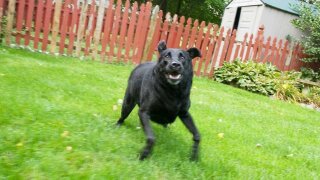 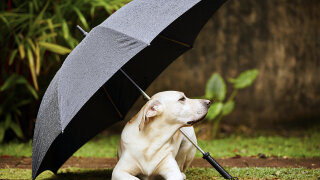