Corvids, the family of birds that includes crows, rooks, ravens, jays, magpies and others, are inveterate scavengers and among the craftiest animals on the planet. Wikimedia Commons (CC BY 2.0)

One of Aesop's fables is about a crow and a pitcher of water. In it, a thirsty crow finds a pitcher that has a bit of water at the bottom, but the pitcher is too narrow for its beak to reach the water. So, the crow finds pebbles and plops them into the pitcher, bringing the water up to a level it can reach. Moral of the story: crows are smarter than your 6 year old.

Corvids, the family of birds that includes crows, rooks, ravens, jays, magpies and others, are among the craftiest animals on the planet. Their facility with tools rivals that of chimpanzees, their ability to plan for the future is shared only by the great apes, and they can hold a mean grudge — even by human standards.

And what do we humans do with an animal of frightening intelligence? We figure out how to make it work for us. Which is why a French theme park is training a bunch of rooks to do custodial work.

Staff at the Puy du Fou park in the western Vendee region of France, have trained six rooks (Corvus frugilegus) named Boubou, Bamboo, Bill, Black, Bricole and Baco to pick up little bits of garbage off the ground and insert them into a box that automatically dispenses a treat.

The idea came from the park's falconry show, in which crows were taught to pick roses up off the ground and bring them to a princess in a castle. Christophe Gaborit, a manager at the park's "Academy of Falconry" thought those corvids were having such a good time, it might be fun to use that skill to clean up around the place — sorting rubbish is something he had seen crows do in the wild. So he built a special cabinet and trained some young rooks to drop trash — cigarette butts, candy wrappers, etc. — into a slot in exchange for food. If they tried to trick him with wood chips or leaves, they didn't get a snack.

And they learned! So now the corvid janitors are on duty, and although they don't make much of a dent in the park's litter problem, it may help the guests realize that what goes down must be picked up.

Australian magpies can learn enough of another bird species' language to be able to decipher whether their warning calls are about an aerial or terrestrial predator. 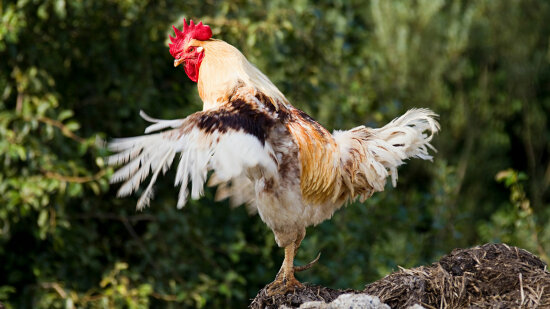 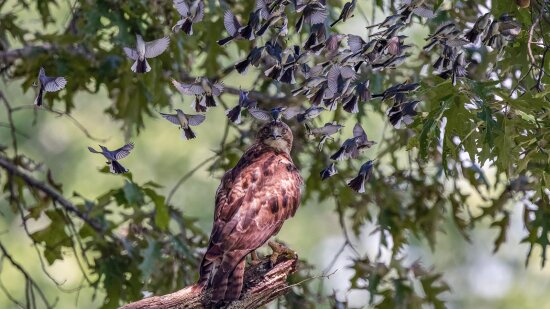 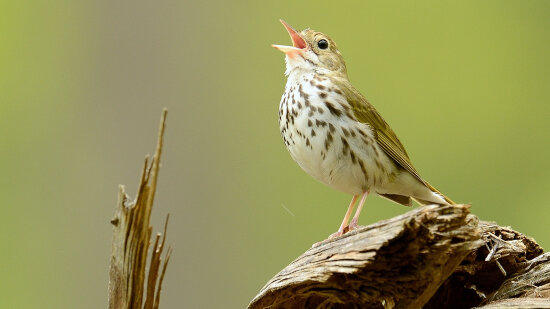