by Chris Opfer
NEXT PAGE 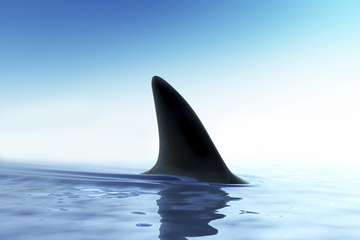 A world without sharks affects the entire seafood chain, even algae.
iLexx/Getty Images

It's safe to say that most folks would be comfortable imagining a world without sharks. Whether you're a surfer who spends as much time scanning the waters for predators as looking for the next big rip curl or an ordinary beachgoer who's experienced the terror of sprinting to shore when a lifeguard goes heavy on the whistle, most of us would take to the seas with a little more ease knowing there aren't any hammerheads, blacktips or bull sharks patrolling the waters below. The truth is, however, that we need them more than we think.

Sharks killed 10 people in 2013. Humans, on the other hand, cull the shark population by somewhere from 30 million to 70 million each year. The steady decline in sharks appears to be having a devastating effect on the aquatic ecosystem that could wind all the way up to your dinner plate. That's because a lack of sharks throws off the food chain that's been a way of life under the sea for hundreds of millions of years [sources: Dattaro, Murray].

Sharks are apex predators. That means the big ones are at the top of the seafood chain. They dine on smaller fish — like tuna — which in turn eat even smaller, bottom-feeding species — like scallops — that survive largely on algae. Without sharks to keep down the population, those algae-eaters are more likely to be swallowed up by their natural predators, who rise to the top of the chain with no one to hunt them. Absent the bottom-feeders, algae grow wild, damaging coral reefs and other vegetation, as well as clogging up fish gills and contaminating seafood and water [sources: Domanico, National Ocean Service].

An ocean free of sharks would also change the way that other marine life moves around. Shark prey would no longer be forced into remote areas less conducive to living and reproducing. That's because they wouldn't have to constantly be looking over their shoulders to see if they're on the lunch menu [sources: Domanico, Murray].

If that's not enough to convince you that sharks need to be here to stay, think about your own belly. Without sharks to help control the population underwater, midsize fish will be free to fatten themselves up on sea life that might otherwise make it to your plate. That's exactly what happened off the coast of North Carolina, where excess fishing of sharks decimated what were once thriving scallop, oyster and clam populations. Ecologists say that a sudden dearth of predators like bull, great white and hammerhead sharks led to a jump in the number of smaller cownose rays. Those creatures spent their days lounging around chowing on neighbors that otherwise may have wound up on a raw bar somewhere in Cape Hatteras [source: University of North Carolina]. 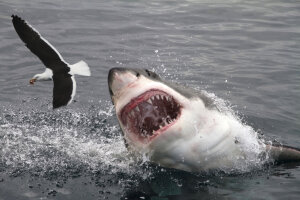 The 10 Most Dangerous Sharks 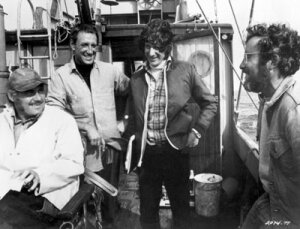 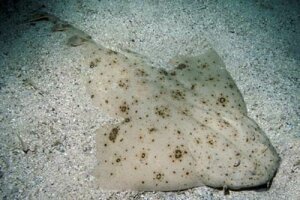