by Jesslyn Shields May 26, 2020
A six-spot burnet moth (Zygaena filipendulae) pollinates a thistle in London, England. Butterflies, moths, bees and other insects play a vital role in the food chain by pollinating plants and providing a source of food for predators such as bats. Dan Kitwood/Getty Images

Bees are not doing well — since the mid-2000s, Colony Collapse Disorder (CCD) has been taking out the world's most famous agricultural plant pollinator, all over the world. Bees pollinate one-third of the plants we eat, from oranges to almonds (a $168 billion service, by the way) and their rapid disappearance is worrying farmers worldwide.

But what if there's a secret army of pollinators sneaking around the plants we rely on most? Well, that would be very good news for our food security. A study published May 13, 2020 in the journal Biology Letters has found that moths play a much bigger part in pollinating plants than anybody imagined — possibly visiting a bigger variety of plant species than bees, but doing it under the cover of darkness.

Why Moths Are Overlooked Pollinators

Scientists didn't just realize overnight that moths pollinate plants. The problem was, much of the research was limited to a few specific types of moths that obviously spend a lot of their time rooting around in flowers, like hawk moths, which have extraordinarily long tongues used for getting at hard-to-reach nectar reserves within a flower.

However, over the past decade, investigations into how moths as a group contribute to the process of pollination found that your average moth tongue can be a really effective tool for moving pollen from plant to plant, even if it's not 14 inches (36 centimeters) long. This knowledge led the study's authors to turn an eye to the rarely-studied settling moths, which sit low and close to flowers and hide out in sheltered spots during the day.

"Our research has for the first time compared moth pollination networks with those of day-flying pollinators such as bees and hoverflies to help us understand and illustrate the wide-ranging plant preferences we discovered moths to have in an agricultural setting," says the study's lead author Richard Walton of the University College London Department of Geography, in an email interview. "We also found that moths were carrying most pollen from the flowers they visited on their 'furry' bodies, which means the means of pollen transport from flower to flower by moths is very similar to bees and hoverflies which also transport most of the pollen on their bodies."

A Moth's Place In the Ecosystem

Many social bees like bumblebees and honey bees visit lots of different types of flowers, but they also tend to target certain favorite plants that they know will provide plenty of their favorite kinds of pollen and nectar. As a result, some plant species get less bee attention than others.

"Solitary bees can often be more specialized, visiting one type of plant, while hoverflies often visit flowers with a certain shape," says Walton. "We found that moths visit many different species of plant with a few different types of flower shape. If daytime pollinators do not visit a particular plant species often but moth species do, and this results in pollination, this increases the chance that this plant would survive for another generation."

So, because moths are a bit less picky than daytime pollinators, but still get the pollination job done, plants not preferred by bees persist. Maintaining a diverse population of plants is essential to maintaining a stable, resilient ecosystem that can weather threats like climate change or urbanization. Conversely, with plenty of plants to feed on, moths can continue being an important food source for birds, bats and other insects.

"Moths are likely providing a kind of resilience, or 'back-up,' to the food webs of daytime pollinators," says Walton. "If a certain species or number of species of bee or butterfly disappears from the landscape, moths could potentially fill in that pollination gap. Taking this a step further, it is also significant because moth populations are facing severe declines across the globe. As we realize that they are important contributors to the pollination process, it becomes even more important to protect moth populations because we might be placing ourselves at risk."

The researchers found moths were visiting plants belonging to families that are important to humans as a source of foods, like apples, strawberries, pears, peaches, beans and peas.

"This has exciting implications for moths being involved in crop pollination and would help us to move past seeing moths as merely pests but as important contributors to our own livelihoods," says Walton.

Now That's Interesting
Moths and butterflies belong to the same order, called Lepidoptera. For every one butterfly species, there are nine moth species.

Crayola Unveils New Crayons for Kids of All Colors

Why You'll Go Bananas for Mangosteens 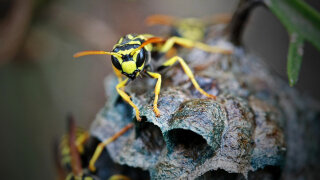 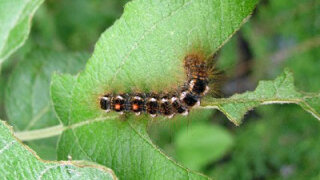 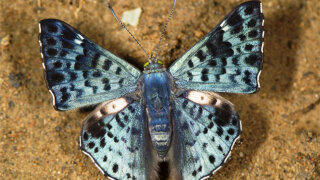 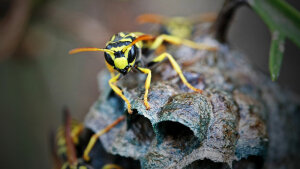 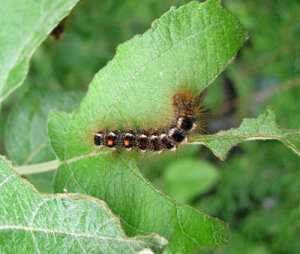