by Kathryn Whitbourne Jan 20, 2017
What's this squirrel up to now? AlexTurton/Getty Images

There are some 278 species of squirrels around the world and they're found on almost every continent. How did such a small furry animal become so ubiquitous? Read on to learn some surprising facts about squirrels.

1. That Big Bushy Tail has a Bunch of Uses.

It functions as a built-in blanket in the winter and as a sunshade in the summer. The tail also helps them balance and can be used for communication. One researcher taught some squirrels on a college campus to open boxes that could contain either a walnut, a kernel of dried corn or nothing. Sometimes the boxes were locked. She videotaped the results and found that the squirrels used a long, sweeping tail movement (as opposed to the usual twitching) when they found a box with no goodies or that was locked. She isn't sure if that tail movement was an expression of disgust or a warning to other squirrels not to waste their time. Squirrels use that same tail movement when they get into fighting mode.

Squirrels, of course, are famous for hiding nuts as a food supply for the winter. But they also have to protect their precious cargo from other squirrels or birds (25 percent of their hoard is lost that way). So how do they do this? A biology professor at Wilkes University in Pennsylvania found that sometimes squirrels engage in deceptive caching. A squirrel will dig a hole and cover it up, all the while holding a nut in its teeth and not depositing it. The squirrel sometimes repeats this behavior several times. Another researcher found that when she and her students uncovered these holes, the squirrels dug subsequent holes in locations that were harder to get to. By the way, squirrels don't uncover all the nuts they've buried in holes — many of those acorns and other nuts may grow into trees. Thanks, squirrels!

Squirrels have very keen eyesight. Their peripheral vision is as good as their focal eyesight. So, they can see what's above and beside them without moving their heads, making it hard to sneak up on them. Their color vision is not so great, but their pale-yellow lenses act as natural sunglasses by cutting down on sunlight glare.

4. Squirrels Were Considered Missionaries of Civility.

The question of how the Eastern gray squirrel (your basic backyard creature) came to be so common in the U.S. is a fascinating one. As cities began implementing parks and gardens, urban reformers introduced squirrels to them. "Squirrels were thought to be an obvious accent to such places, for what good is the wood without its denizens?" wrote Jason Bittel in Slate. Squirrels were also seen as a resource for teaching little boys how to be kind to animals. A founding member of the Boy Scouts of America thought sending "missionary squirrels" around the world would "cure boys of their tendency toward cruelty." Ordinary people introduced the cute squirrel to cities all over America and Europe, which welcomed them — until they didn't.

5. They're Also an Invasive Species.

In England, the gray squirrel muscled in on the native red squirrel's territory, contributing to its rapid decline. Scientists also found the gray squirrel carries a virus that is deadly to the red squirrel (pictured below). In the U.S. (and elsewhere), squirrels are known to peel bark off trees in search of sap, or to make homes in attics if there's a hole in a roof through which they can enter. Once inside, they may gnaw through home wiring and insulation. While some people might view them as pests, we share some of the blame for this reputation. Squirrels thrive wherever there's an abundant food supply. And they don't just eat nuts — they'll eat birds, insects, even cheeseburgers or chocolate-chip cookies if they're handy. If you keep your home sealed (filling in cracks in the doorways and chimney), keep tree limbs cut back from the roofline and don't leave garbage lying around, they are less likely to come inside.

https://www.instagram.com/p/BPiFZxHh7X3/
Now That's Cool
January 21 is Squirrel Appreciation Day. Project Squirrel asks citizen scientists to observe and record the number of squirrels they see in their backyards, parks or any other places.

Sleeping Just a Few Hours Sounds Great, But Could It Work? 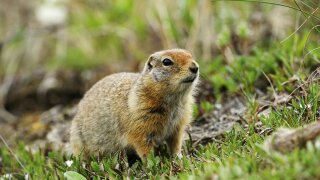 These Arctic Squirrels Repeat Puberty Every Year of Their Lives 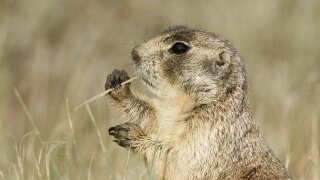 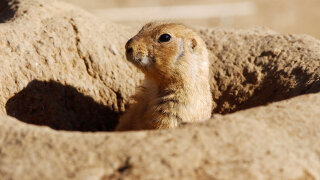