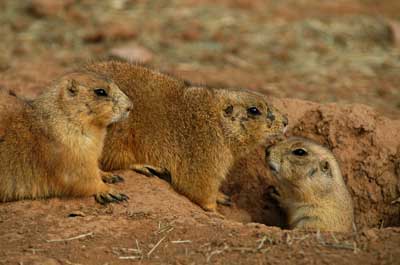 Plague is the common name for the bacterium Yersinia pestis. Bubonic plague arrived in North America around 1900, most likely from Chinese cargo ships [source: Hoogland]. At least 76 wild mammals are known to carry plague [source: U.S. Fish and Wildlife Service]. Rats harbor the bacterium particularly well, making them the probable source in North America. After that, the first known rodent in the United States discovered with plague was a California ground squirrel in 1908 [source: Hoogland].

Plague-infected blood is transmitted between animals through fleas. When plague passes between rodents, such as squirrels and prairie dogs, it's referred to as sylvatic plague. Plague within a rodent species can potentially cross into the human population, most often through flea bites. Fleas deliver the plague bacterium when they feed on a new host. The bacterium clogs the flea's digestive system, causing it to regurgitate bacteria into the host's bloodstream when it attempts to feed. Prairie dogs are particularly susceptible to plague. When the bacterium enters a colony, it rapidly turns into an epidemic, or a fast-spreading virus. If this happens, the plague mortality rate is almost 100 percent [source: U.S. Fish and Wildlife Service].

That high mortality rate and the speed with which plague kills prairie dogs are the principal reasons that humans generally don't catch plague from them [source: Johnsgard]. Also, North Americans rarely come in close contact with prairie dogs for direct transmission to occur. From 1959 to 1999, only 8 percent of reported plague cases in the United States could be traced back to prairie dog contact [source: U.S. Fish and Wildlife Service].

According to the Centers for Disease Control and Prevention (CDC), people usually contract plague from infected fleas. The CDC also reports that ground squirrels and wood rats are the most prevalent plague vectors, or carriers, in the country. Likewise, an examination of plague cases in Colorado from 1947 to 1999 found that you were more likely to catch plague from a domestic cat than a prairie dog [source: Denver Animal Control]. For example, a house cat infected with bubonic plague was recently diagnosed and quarantined in Nebraska.

Thanks to improved sanitation practices, pesticides and antibiotics, incidences of plague in the United States are relatively uncommon with 46 confirmed cases from 2000 to 2007 [source: O'Connor]. Today, 90 percent of plague cases occur in Africa [source: Stenseth et al]. The World Health Organization estimates between 1,000 and 5,000 cases of plague are reported across the globe each year, resulting in 100 to 200 deaths [source: Stenseth et al]. Squalid living conditions and proximity to rodents are the greatest contributors to the bacterium's persistence.

Different plague classifications exist, depending on the way you catch it. If the bacterium enters from a flea bite or through open skin, that's called bubonic plague. Bubonic plague is the most common type of plague, so named for the lumps, or buboes, that form around your glands. Pneumonic plague denotes plague bacterium that you inhale. If you catch plague from a cat, it would likely be pneumonic. Finally, the most fatal type of plague is septicemic plague, in which the bacteria directly enters your bloodstream and overwhelms your immune system. For a detailed look at plague symptoms, you can read How Plague Works. All forms of plague are medically treatable with antibiotics, but if left untreated, plague has a 30 to 60 percent mortality rate [source: World Health Organization].

Since the entire rodent population is so great across the world, plague will likely continue to rear its ugly head for a long time. It may be wise to keep your distance from prairie dogs, but you're more likely to catch the disease from the indiscernible bite of a much smaller courier. 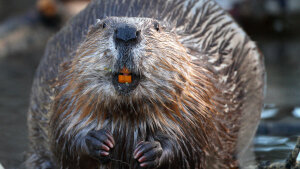 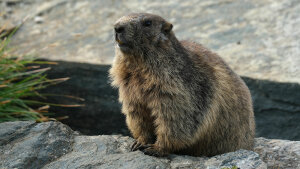 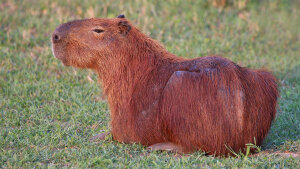