by John Perritano Jun 25, 2019
Unfortunately, only 10,000 of these adorable red pandas remain in the wild. Most are scattered throughout Nepal, India, Bhutan, China and Myanmar. Marianne Purdie/Getty Images

On June 6, 2019 a baby panda was born at the Sacramento Zoo in California. While news of the cub's birth generated some media interest, chances are you didn't read about it in your local newspaper or see it on your news feed. In fact, it seems that people — reporters included — paid more attention to panda Mei Xiang at the Smithsonian's National Zoo in Washington, D.C. when she didn't give birth in 2018.

Why the lack of attention for the Sacramento cub? The answer is simple: The baby was a red panda, not the giant panda so many people swoon over. Never mind that red pandas (Ailurus fulgens) are just as cute. And never mind red pandas are just as endangered. And never, never mind that humans are destroying the habitat of the red panda at an alarming rate. For some reason, there's simply not enough love for these awesome, cuddly looking creatures.

"People think red panda is [a] lesser form of giant panda because of its name," Saroj Shrestha, program coordinator for the Red Panda Network in Nepal says via e-mail. The two pandas are not even related, despite both being called pandas.

Regardless, red pandas, which resemble a mix between a bear and a raccoon, are just as adorable as the giant panda. They look like they could have stepped out of a children's picture book, with faces that you want to kiss the fur off. Their eyes are mesmerizing and inquisitive. Some scientists call them the not-so-nice "lesser panda." Others call them the "first panda," because they were discovered 50 years before the giant panda. Still others call them "firefox." Regardless of their moniker, red pandas are da bomb.

While giant pandas are black and white, the red panda is, well, you guessed it, red with an undercarriage of black, along with white ears and snout. The colors of their coat protect these balls of awesomeness from predators, allowing red pandas to blend into their surroundings. In fact, their red fur is the same hue as the moss on the trees where they spend most of their time.

Red pandas are mysterious creatures. They are rarely seen, but inhabit a ribbon of mountains and forests in Nepal, India, Bhutan, China and Myanmar. Their average length is between 22 and 25 inches (56 and 63 centimeters) and their tails can grow upward of 19 inches (47 centimeters). They use the long tail as a blanket, which covers them snugly as they sleep. The tail is also a stand-in for a downy pillow.

Red pandas conserve energy lounging in trees. They are solitary, seeking out companionship only when it is time to mate. Although red pandas are classified as meat eaters, they'll eat up to 20,000 bamboo leaves a day. Every once in a while they'll shake up their diet by eating raw eggs, an insect or a tiny animal that might scurry by.

Like the giant pandas, red pandas have an extra "thumb," which they use to grab hold of bamboo stems and tree branches. Their claws are cat-like, sharp and hidden until they need to use them. The soles of their feet are like fuzzy slippers, which makes it easier for them to grip slippery surfaces.

Red pandas wrap themselves in their long, downy tails, like stand-in blankets, to keep them snug and warm as they sleep.
Vicki Jauron, Babylon and Beyond Photography/Getty Images

Unfortunately, there are only 10,000 red pandas in the wild. Humans are killing them at a rapid rate by destroying their habitat and poaching. Like nearly every other species on the planet, red pandas have to compete with the unquenchable human thirst for land, natural resources and money.

Specifically, humans plow under the panda's habitat to build roads, farms, hydro projects, and to make way for powerlines. Farmers cut down stands of bamboo for firewood, building materials, and to clear land on which livestock graze. Dogs, which herd livestock, chase down and kill the pandas, often spreading disease, including distemper.

"Habitat loss and fragmentation are the result of unsustainable harvesting of natural resources, land management and livestock herding practices, as well as of settlement and agricultural conversion," Shrestha says. "Grazing pressure and the unsustainable harvest of forest resources have placed tremendous pressure on red pandas."

"Many bamboo species are vulnerable to climate change because of their unusual extended reproduction intervals, ranging from 10 to 120 years," Shrestha says. "The red panda's habitat is predicted to shift toward higher elevations, resulting in a decline of existing habitat. Loss of bamboo could result in habitat fragmentation, making most of the current habitat unsuitable in the future and decline in red panda population."

Efforts are underway to protect this huggable mammal. Scientists, like Shrestha, are identifying "red panda hotspots" and "biological corridors" in an effort minimize habitat destruction. Deforested areas are slowly being replanted with native trees and bamboo. Advocacy groups, like the Red Panda Network, are giving herders collapsible tents and improved cooking stoves (ICS) so they don't have to slice bamboo trees for temporary shelter and firewood.

"We are also promoting and providing ICS for local households residing in red panda habitat," Shrestha says. The stoves have reduced firewood consumption by more than 50 percent, he says.

Moreover, Shrestha says, organizations are encouraging farmers to use "stall feeding" for their livestock "to discourage open grazing inside red panda habitat."

NOW THAT'S INTERESTING
Only 225 red pandas are living in North American zoos like the Sacramento Zoo.

Why Are Planets Almost Spherical?

Coconut Man: August Engelhardt Founded a Cult Based on His Favorite Fruit 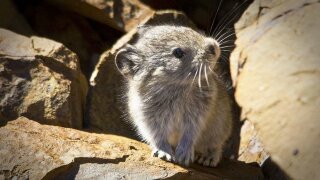 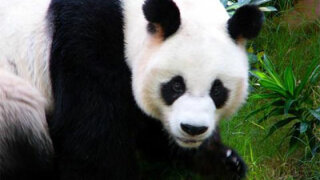 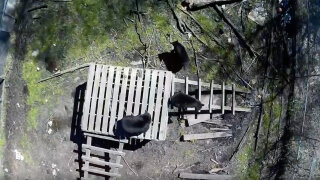