Sarah the Cheetah, the World's Fastest Land Animal, Has Died

Browse the article Sarah the Cheetah, the World's Fastest Land Animal, Has Died 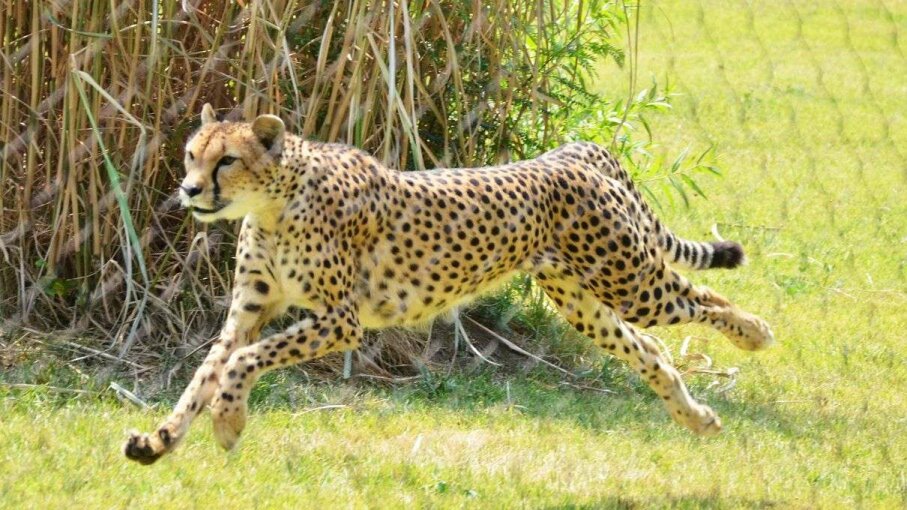 The cheetah named Sarah, pictured here in 2011, was the world's fastest-ever-measured land animal; she died on January 21, 2016 flickr/bontempscharly

Sarah, the record-breaking cheetah measured in 2012 running faster than any land animal ever, died on Thursday.

She first took top marks as the world's fastest land animal in 2009, covering 100 meters (328 feet) of ground in only 6.13 seconds. In 2012, she surpassed her own record during a National Geographic video shoot, running the same distance in just 5.95 seconds. Watch the raw video below to see the cheetah, originally named Sahara but who became known as Sarah, in action.

The 15-year-old cheetah was euthanized due to declining quality of life by the staff at the Cincinnati Zoo, where she had lived since she was a 6-year-old cub. Cheetahs generally live for eight to 11 years.

"She lived a full life and was a phenomenal ambassador for her species," wrote Linda Castaneda, lead trainer for the Cincinnati Zoo's Cat Ambassador Program, on the zoo's website in a remembrance of the cheetah. "Sarah was the queen bee around here. She had a very expressive face that communicated what she wanted. And we obliged. She was a dynamic individual and we were privileged to know her and learn from her. We will all miss the princess cat."

As a member of the zoo's Cat Ambassador Program, Sarah traveled to hundreds of schools as a way of educating students about the African cats. Today cheetahs number only about 9,000 to 12,000 in the wild, the zoo estimates, one-tenth of their population a century ago.

Cheetahs are a particular focus of the Cincinnati Zoo, and the city has seen 73 cheetah cubs born there.

Sarah, pictured immediately below in 2000 with the puppy companion Lexi she was raised with, is being remembered in social media posts: