As the planet's climate changes and once-cool regions warm, animals must adapt to their new habitat, or relocate. One North American animal considered particularly at risk due to climate change is the American pika (Ochotona princeps), a small mammal that lives in colder climates, often preferring rock fields, cooled lava rocks and areas with icy pockets.

But a new study in the journal Global Change Biology says things may not be so dire for the fuzzy, diurnal pika. While it may face extirpation – regionally local extinction – in some areas of the continent, changes may make habitat in other areas more suitable.

Because pikas are so vulnerable to climate change, their behavior can indicate how other species may fare. “They can act as the proverbial canary in the coal mine, but they're also just really cute, charismatic little animals,” said Donnelle Schwalm, the Oregon State University post-doctoral researcher who led the study, via press release. “There is a lot of public interest in preserving the pikas.”

The herbivorous American pika will go on up to 100 foraging trips each day in search of leafy food.
Danita Delimont/Getty Images

Why is it so tough for populations of pika to move habitat? They live at high elevations in talus deposits, an environment made up of broken rocks, and pockets or "islands" of talus may be too distant for pikas to reach. Pikas generally don't like to move long distances, and may spend their entire lives in an area slightly more than one square mile (2.6 square kilometers).

The Pikas in Peril research project, funded by the National Park Service, looked at pika populations in eight national park areas in the western United States.

“In some parks, risk of extinction will increase,” said Schwalm. “But in other parks, like Grand Teton and Lassen, their populations should remain stable.” The study found that pika populations in or near Lava Beds National Monument and Yellowstone, Crater Lake and Lava Beds National Parks are at the highest risk of vanishing; Craters of the Moon National Monument, Grand Teton National Park and others may provide the best habitats for the pika as the environment changes.

Want to learn more about the study, or see some pikas in action? Check out this video below:

Now That's Interesting
Though at first glance you might think a pika's no different than a hamster, the approximately 20 different pika species worldwide comprise their own scientific family and are lagomorphs, most closely related to rabbits and hares.

The Strong Bias Against Women in Coding 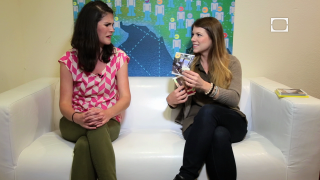 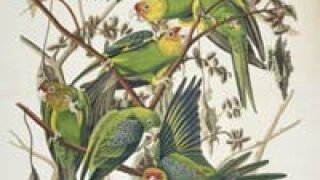 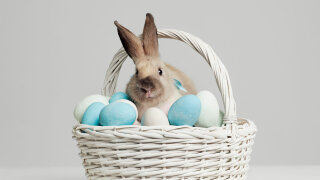