Have you ever noticed that people sort of look like their dogs? Well, maybe not exactly like them, but the outdoorsy fella tends to go with the chocolate lab while the petite woman who sits quietly working crossword puzzles often has a fluffy lapdog curled up next to her on the sofa.

People often choose breeds that reflect their own style and personality, and that got us thinking: What's the biggest dog in the world? And we learned that all depends on what you're talking about: height, length or weight.

The Tallest Dogs Ever

Going strictly by height, according to Guinness World Records (GWR) that would be the great Dane. This sleek, long-legged breed has held the height record for tallest dog for more than two decades.

The tallest dog ever in GWR history was a great Dane called Zeus who stood 3 feet, 8 inches (1.1 meters) tall from the ground to the withers (the ridge between the shoulders of his front legs). Zeus lived in the U.S. and died in 2014.

The current recordholder for tallest living dog is another great Dane named Freddy who lives in Essex, England. When he was measured for GWR in 2016, Freddy stood 3 feet, 4 inches (1.1 meters) from ground to withers, but when he stands on his hind legs (not an official GWR measurement), he's more than 7 feet (2.3 meters) tall!

Freddy is a great example of not judging a book by its cover. His owner, Claire Stoneman, told The Telegraph he was the "runt of the litter" when he was a puppy. (That's Freddy pictured on the right in Stoneman's tweet below.)

Speaking of official measurements, GWR measurements are all performed by a professional veterinarian. To be eligible for a GWR, dogs must be at least 1 year old and possess a vet-certified "clean bill of health." But the famed records-keeper no longer accepts claims for heaviest or lightest pets.

In an email, Amanda Marcus, public relations manager with Guinness World Records North America, Inc., explained why. "We appreciate that the welfare of the pet would be, in the majority of cases, at the forefront of the owner's mind," she says. "We had, however, become increasingly concerned that owners would potentially be encouraged to over or underfeed their pets in the quest for recognition. Therefore, to avoid any undue suffering to any animal, we have ended our interest in such records."

While they may not be the prettiest dogs, when it comes to length, Irish wolfhounds are tough to beat. Three different Irish wolfhounds have held the title of longest dog at GWR since 2006. The most recent was a hound named Farrell who was 7 feet, 9 inches (2.4 meters) from nose tip to tail tip.

Interestingly, the longest dog ever recorded for GWR was an English mastiff measuring an incredible 8 feet, 4 inches (2.5 meters) from nose tip to tail tip. Considering how heavy mastiffs are, that hound must have been massive because when it comes to weighty canines, the American Kennel Club (AKC) says the mastiff (which actually has a number of different breeds) holds that title.

Irish wolfhounds are known to be one of the longest and leanest dog breeds.
Catherine Falls Commercial/Getty Images

A 2014 AKC press release listing the 15 largest dog breeds included the mastiff, the Neapolitan mastiff and bull mastiff on their list. A typical male mastiff stands at least 30 inches (76 centimeters) from the ground and can weigh between 160 and 230 pounds (72 and 104 kilograms). These are not lapdogs. They are heavy and strong — literally bred for battle and can be an intimidating presence to say the least. But those who know and breed them swear by their sweet, steadfast and protective temperament.

Mastiffs aren't the only heavy hitters in the dog world. The Saint Bernard and Newfoundland, both working breeds, are large powerful dogs. Saint Bernard males can weigh anywhere from 140 to 180 pounds (63 to 81 kilograms) and stand up to 30 inches (76 centimeters) high. Newfoundlands, also called "Newfies," are typically 130 to 150 pounds (58 to 68 kilograms), and can stand up to 28 inches (71 centimeters) high. Both the Saint Bernard and Newfie are gentle giants — strong, dependable family dogs. Owing to their strength and their heavy coats, both breeds were traditionally used in rescue operations: Saint Bernards in the treacherous snows of the Swiss Alps and Newfoundlands in the frigid water of the North Atlantic.

Saint Bernards definitely come to mind when you think of the biggest dog breeds in the world.
Robert Kirk/Getty Images

While large dogs can make wonderful pets, they are not for every household and come with special challenges regarding their care, training and even feeding.

Most dog breeds were bred for a purpose, and large breeds were typically working dogs. They require a lot of exercise and need activity. Prepare to take large dogs like these for walks and remember, when they "do their business" you'll have to clean it up. The dog is bigger and so is their poo.

These big dogs also need more basic living space. A 130-pound (58-kilogram) mastiff can easily climb onto a sofa or put his paws on your lovely granite countertops. Expect to pay for training in order to help your large canine companion become a hospitable housemate.

And the cost of feeding such a big dog isn't anything to sniff at. Remember Freddy, the world's tallest dog? According to his owner, who actually owns two great Danes, it costs about 10,000 British pounds ($12,000 US), annually, to buy their food.

Now That's Interesting
Because of their large, lumbering charm, great Danes have been immortalized in the Sunday comics — Marmaduke; in children's books — the character Pinkerton by author Steven Kellogg; and, of course, in cartoon characters — Astro from The Jetson's and doggy detective, Scooby Doo. "Nana" the beloved watchdog of the Darling children in the children's novel Peter Pan was a Newfoundland and on the other end of the spectrum the terrifying Hound of the Baskervilles from the short story by Sir Arthur Conan Doyle was a crossbred bloodhound and mastiff. 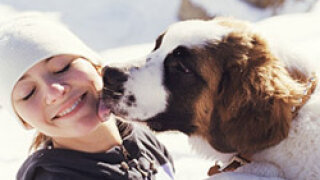 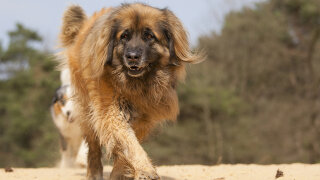 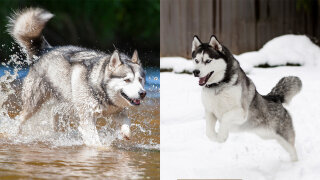