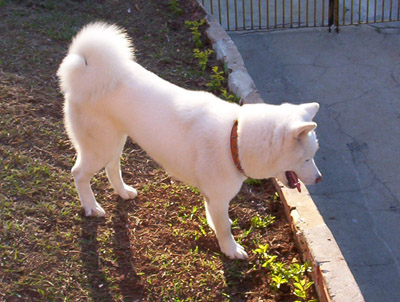 Purebred dogs represent genetically closed populations. Most dogs of a single breed are genetically similar and closely related to each other. The rarer the breed, the more true this is. A genetic analysis of five dog breeds showed a fair amount of genetic diversity present in the relatively common Golden Retriever, but very little diversity in the more unusual Akita. There aren't as many Akitas to choose from, so all of them are closely related. Close breeding means that purebred dogs are uniform in appearance. It is also difficult to escape genetic problems, because so many of the dogs in that closed population share the same ancestry.

A "purebred" dog isn't necessarily high quality, healthy, or a good representative of the breed. Some puppies from top-quality adults may be closer to the standard than other puppies. Unscrupulous dog sellers may capitalize on the cachet of breeding and registration to command top prices, but many purebred dogs have serious health problems.

With the advent of cloning, the future of dog breeding could go in a different direction. Last year, South Korean researchers reported that they had successfully cloned a male Afghan hound to create a genetically identical dog named Snuppy (which stands for Seoul National University puppy). To learn more about cloning, see How Cloning Works.

The latest fad in dog breeding is the creation of so-called designer mixes. People breed one purebred animal to a purebred animal of a different breed in the hopes of capturing the best qualities of each and perhaps even eliminating the negatives. Some of the most common mixes are between Retrievers, such as Labradors, and standard Poodles. These "Labradoodles" are supposed to have the friendly, gentle natures of the Retriever and the low-shedding attributes of the Poodle.

Gregor Mendel (1822-1884) developed basic laws of genetics using crosses between pea plants with different qualities - green or yellow peas, tall or short plants, etc. The same principles, now called Mendelian genetics, also apply to dogs. The most basic genetic scenario is where a gene on a specific locus determines each trait. (The location of a particular gene is called the locus of the gene.)

Another variation of an F1 Labradoodle

For example, a straight or curly coat might be determined by two different versions of the same gene. These alternative versions, which differ slightly in their DNA sequence, are called alleles. An individual dog inherits one allele at this coat-type locus from each parent. The alleles may be the same or they may be different. If they are the same, the individual is homozygous at that locus. If they are different, the individual is heterozygous. (Check out the "Understanding the Gene Pool" section of How Gene Pools Work for a more detailed explanation.)

Closely bred dogs tend to be homozygous at the loci that determine coat type. When you breed a dog that is homozygous for one coat type to a dog that is homozygous for a different coat type, then you get a litter of puppies that are all heterozygous at that locus. In reality, inheritance of coat type can be more complicated than that represented by simple Mendelian inheritance, but the basic principle is the same. All the Labradoodles in the litter will have similar coat types (in this case, wavy and low shedding), the result of the combination of the different alleles of their two parents.

However, you can't breed one Labradoodle to another Labradoodle and get Labradoodle offspring, because they aren't a pure breed. You are instead breeding a heterozygote to another heterozgote. In this case, you will have some puppies that are more like Labs, some that are more like Poodles, and potentially everything in between. This is because these are mixes bred to mixes and not true-breeding individuals. The other thing to remember is that hereditary problems like hip dysplasia are present in both breeds and are not eliminated by cross-breeding. 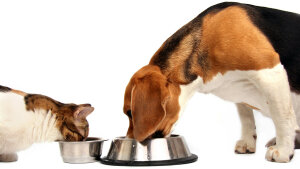