by John Perritano Jan 9, 2019
Vaccine manufacturers are increasingly under pressure to scientifically demonstrate whether dogs need a vaccination for each particular disease. Scott Olson/Getty Images

Making sure your dog is as healthy as can be is one of the most important responsibilities of a dog owner. Part of that includes making sure they have nutritious food to eat, lots of exercise and, of course, all of their vaccinations. Immunizations are important. They have saved many lives. But in recent years, some pet owners have decided to forego them, or at the very least, decrease the frequency with which the shots are given.

Confusion is part of the reason some people are not vaccinating their dogs. In the human world, parents have questioned, based on faulty science inflamed by social media and Hollywood celebrities, the safety of childhood immunizations. That confusion has now spilled into the world of pets.

Not that long ago, veterinarians recommended yearly vaccinations for a variety of diseases. The vets followed that protocol because that's what the drug manufacturers recommended. Even if the vet in his or her own mind thought a vaccination was not needed, they were ethically and legally obligated to follow the manufacturer's recommendations. Moreover, drug companies in a race for profits discovered new vaccines for new illnesses.

Now, however, things are changing as vaccine manufacturers are increasingly under pressure to scientifically demonstrate whether a dog needs a vaccination for a particular disease. Much of this is driven by holistic vets who believe that vaccinations weaken an animal's immune system, creating more menacing disorders, such as Lupus or degenerative joint ailments. Some vets go as far as claiming that all vaccines are harmful.

On the other hand, most veterinarians see vaccinations as wonder drugs that have saved countless lives, just as immunizations for humans have eradicated smallpox and polio. "Vaccinations are a good idea," Dr. Michael Stone, a clinical associate professor at the Cumming's School of Veterinary Medicine at Tufts University says. "There are people who are anti-vaccine who are not convinced by scientific evidence. I'm not with them on that. As a public health policy, vaccinations help more than they harm."

It would not be inaccurate to say that vaccinations can have side effects, including swelling, itching and some lethargy. Your vet will often tell you what to expect after he or she gives your pooch their shots. The most extreme side effects, anaphylactic shock, for example, are exceedingly rare. "Most vaccines nowadays are very safe," Stone says.

While vaccinations are an important component of keeping your dog healthy, vets are routinely abandoning the idea that every dog (and cat) should be vaccinated for every disease. Instead, most are vaccinating pets for only what they need and only when they need it. That's, in part, because several studies show that the immunity provided by some vaccines lasts much longer than previously thought.

So what's a dog owner to do? Here are a few guidelines from the University of California, Davis Veterinary School of Medicine:

In the end, most animals need only their core vaccinations, and then boosters every three years thereafter. You should talk to your vet and decide whether and when a vaccination is needed. The days of treating all dogs as a monolith are long gone. Each pooch is different and should be treated as such.

NOW THAT'S INFORMATIVE
Along with vaccinations, all dog owners should be informed about heartworms and heartworm prevention. Heartworm treatment is costly and difficult, requiring many trips to the vet and months of exercise restriction, while heartworm preventives are safe, relatively inexpensive and easy to give. 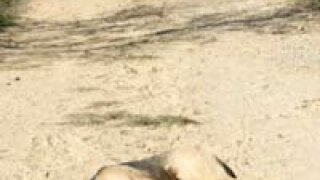 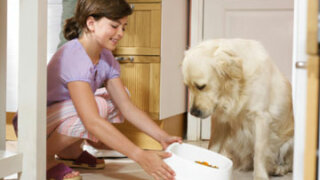 How do dogs' nutritional needs change as they age? 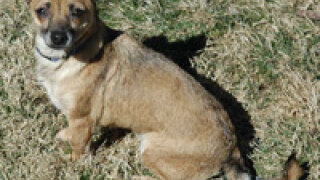