Animals that use their sense of sight to navigate generally have a hard time getting around without light. Some, like owls, have very large eyes that they use to collect lots of light. They also use their other senses to gather information about their surroundings. Humans, on the other hand, have put a lot of effort into creating portable, often artificial light sources, from torches to light bulbs and LEDs. Some bioluminescent life forms have an entirely different approach -- they make their own light and carry it around in their bodies.

­Many animals use the light they produce the same way people use flashlights or searchlights. But an­imals produce light very differently from the way light bulbs do. Traditional light bulbs create light through incandescence. A filament inside the bulb gets very hot and emits light. This process isn't particularly efficient, since generating enough heat to create light wastes an enormous amount of energy.

Glowing animals, on the other hand, typically create light through luminescence. In luminescent animals, chemical compounds mix together to produce a glow. It's a lot like the way the substances inside a light stick combine to make light. Luminescence is far more efficient than incandescence. It neither requires nor generates much heat, so it's sometimes known as cold light.

­Scientists had a basic idea of the difference between incandescence and luminescence as far back as 2,500 years ago. In the 1600s, researchers began to discover exactly how animals make their own light. But since different animals use different substances, scientists still don't know precisely how every bioluminescent species makes light. In some cases, researchers haven't figured out why an animal makes light or how it controls its on-off switch. Bioluminescence can also be difficult t­o study, since many animals exhaust their luminescent abilities when captured. In other cases, the process of capture destroys the light-producing organs.­

­In this article, we'll examine the basic process behind luminescence, as well as how animals use luminescent abilities to their advantage. We'll also take a look at some of the unanswered questions about how and why animals make light.

You can find bioluminescent life forms all over planet Earth. On land, glowing species of fungus feed on rotting wood, creating the eerie nighttime phenomenon known as foxfire. In some types of fungus, the whole structure glows. In others, like the jack-o'-lantern mushroom, only part of the fungus -- in this case, the gills -- emits light.

There are also other bioluminescent land animals, including insects, centipedes, millipedes and worms. One of the most widely-known luminescent insects is the firefly. People who live near fireflies often think of them as brightly flashing adult insects, but firefly larva glow as well. Glow worms are also insects -- they're the larvae of various species of flies and beetles. Some people refer to fireflies as glow worms because some female fireflies are wingless and look more like worms than insects.

­Most of the world's bioluminescence exists in the ocean, not on land. Bioluminescent life forms live throughout the ocean's depths, but most exist in one particular zone -- the twilight zone. This zone is also known as the disphotic, or poorly lit, zone. It's deeper than the sunlit, or euphotic, zone, but shallower than the midnight, or aphotic zone. Its exact depth depends on a number of factors, including the composition of the water and the features of the ocean floor. But in general, the twilight zone extends from about 660 feet (201 meters) to about 3,300 feet (1006 meters) deep.

Only a small amount of light from the sun reaches this depth of the ocean. Seawater absorbs red, orange and yellow sunlight and scatters violet light, so the light that reaches the twilight zone is bluish-green in color. This is partly because blue-green light has a short wavelength, so it has more energy with which to penetrate the water. Check out How Light Works to learn more about the behavior of different wavelengths of light.

Lots of bioluminescent animals live at this depth, including jellyfish, squid, shrimp, krill, marine worms and fish. Most make light that has a wavelength of roughly 440 to 479 nanometers. This matches the blue-green sunlight that exists in this part of the ocean. The animals' glow can travel a long way, and it can blend in with the light from above. In some parts of the ocean, these animals, not the sun, are the primary source of light.

Animals use bioluminescence for a variety of purposes. Next, we'll take a look at how the ability to create light helps them survive.

The Basics of Light and Oceanic Red Light

Hot or cold, light generally comes from one source -- an excited electron. Basically, energy causes an electron to move up a level in its atomic orbit. When the electron settles back down, it releases a photon, or a tiny packet of light. Learn more about the process in How Light Works.

One species of loosejaw fish, which lives in the deep ocean, can make red light. This light can't travel very far in the darkest parts of the ocean. Moreover, many deep-water species can't see the color red, so the loosejaw's red light may allow it to spot and sneak up on prey.

Scientists don't know why all bioluminescent forms of life glow. For example, several earthworm species create a luminescent secretion that doesn't have an obvious purpose. The reason for some mushrooms' glow is also unclear, although some scientists theorize that it attracts insects that spread the mushrooms' spores. A few animals light up when nearby animals start to glow, and there's not always a clear reason for this behavior.

This uncertainty exists in the ocean as well as on land. Some species of single-celled plankton called dinoflagellates glow when disturbed. Tides, storms, swimming marine life and passing ships can cause large numbers of these plankton to produce light simultaneously. Dinoflagellates are responsible for the phenomenon known as the milky sea, which causes the ocean to glow. In some cases, this glow is so bright that it interferes with marine navigation.

­The burglar-alarm theory is a possible explanation for how this response to disturbance helps the plankton survive. If a small fish begins to feed on the plankton, the disturbed plankton emit a flash of light. The light attracts larger fish, which are likely to be the smaller fish's predators. In other words, the flash of light is an alarm that warns nearby big animals of the presence of little animals. However, this system doesn't seem to be as foolproof as some of the better-understood uses for bioluminescence.

­Here's a rundown of some of the primary uses for bioluminescence on land and at sea:

Often, the process requires the presence of other substances, like oxygen or adenosine triphosphate (ATP). ATP is a molecule that stores and transports energy in most living organisms, including the human body. The luciferin-luciferase reaction can also create byproducts like oxyluciferin and water.

The terms luciferin and luciferase both come from a Latin term lucifer, which means "light-bringer." They are generic terms rather than the names of particular chemicals. Lots of different substances can act like luciferins and luciferases, depending on the species of the bioluminescent life form. For example, the luciferin coelenterazine is common in marine bioluminescence. Dinoflagellates that obtain food through photosynthesis use a luciferin that resembles chl. Their luminescence is brighter after very sunny days. Some shrimp and fish appear to manufacture their luciferin from the food they eat.

Not all animals produce their own light. Read on to learn about animals that rely on other life forms for their luminescence and about how living light can be helpful to humans.

Animals can either house these substances in their own bodies or develop a symbiotic relationship with light-producing bacteria. These bacteria live in a light organ in the host organism's body. The bacteria produce light all the time, so in order to turn their lights on and off, some animals can pull their light organs into their bodies. Others cover them with pieces of skin similar to eyelids. Some organisms also use a fluorescent substance, like green fluorescent protein (GFP), to adjust the color of the light they create. The fluorescent substance absorbs the blue-green light and emits it as a different color.

Because of all these variations in luciferins, luciferases and how animals use them, many researchers believe that the ability to make light simultaneously and independently evolved in multiple forms of life. The fact that there are few bioluminescent animals in freshwater environments supports this theory. Fresh, inland bodies of water haven't existed as long as the world's oceans have, so the animals that live there haven't had as much time to adapt to their surroundings. In addition, the bottoms of most bodies of fresh water aren't dark enough to require additional sources of light.

­ ­Animals have lots of methods for producing and using light, and people have discovered lots of uses for the light animals can create. Researchers can use single-celled luminescent organisms that light up when disturbed to study the way animals move through water. Scientists have also given bioluminescent traits to non-luminescent animals in order to perform research on the progression of diseases like cancer and Alzheimer's. Such research can make bioluminescence as useful to people as it is to other forms of life.

To learn more about marine life, bioluminescence and related topics, follow the links on the next page. 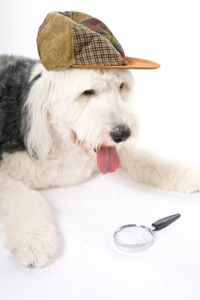 Up Next
Animal Detectives
Explore More 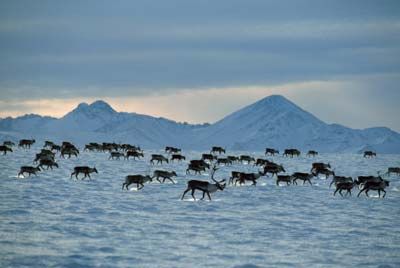