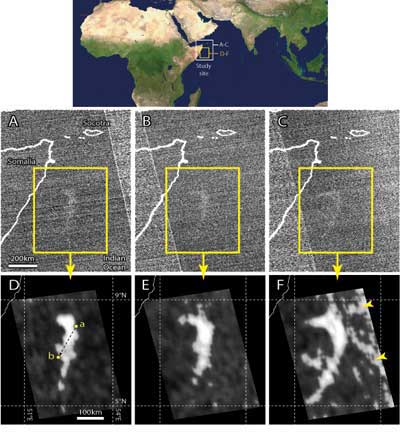 A 15,000-square-kilometer milky sea off the coast of Africa, discovered in 2005, was visible from space.

Scientists don't know why all bioluminescent forms of life glow. For example, several earthworm species create a luminescent secretion that doesn't have an obvious purpose. The reason for some mushrooms' glow is also unclear, although some scientists theorize that it attracts insects that spread the mushrooms' spores. A few animals light up when nearby animals start to glow, and there's not always a clear reason for this behavior.

This uncertainty exists in the ocean as well as on land. Some species of single-celled plankton called dinoflagellates glow when disturbed. Tides, storms, swimming marine life and passing ships can cause large numbers of these plankton to produce light simultaneously. Dinoflagellates are responsible for the phenomenon known as the milky sea, which causes the ocean to glow. In some cases, this glow is so bright that it interferes with marine navigation.

­The burglar-alarm theory is a possible explanation for how this response to disturbance helps the plankton survive. If a small fish begins to feed on the plankton, the disturbed plankton emit a flash of light. The light attracts larger fish, which are likely to be the smaller fish's predators. In other words, the flash of light is an alarm that warns nearby big animals of the presence of little animals. However, this system doesn't seem to be as foolproof as some of the better-understood uses for bioluminescence.

­Here's a rundown of some of the primary uses for bioluminescence on land and at sea: