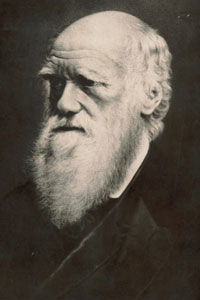 Charles Darwin spent 39 years studying the humble earthworm and concluded that they are very valuable to the Earth's processes.
Hulton Archive/Getty Images

Back in 1881, the biologist and creator of the theory of natural selection, Charles Darwin, published a book on a subject very near and dear to his heart. "The Formation of Vegetable Mould, Through the Action of Worms, With Observations on their Habits" was the culmination of 39 years of research into what is often considered among the humblest of creatures, the earthworm.

"It may be doubted whether there are many other animals which have played so important a part in the history of the world, as have these lowly organized creatures," he concluded [source: Darwin].

Darwin was on the money; at least by sheer numbers alone, earthworms have a tremendous impact on local ecosystems (though not all of it is good, researchers have recently learned). There are more than 3,000 species of earthworm on the planet, and they range in average sizes from.4 inches (1 centimeter) to 9 feet (2.7 meters) in length, although outsized monsters are routinely reported around the world [source: Earthworm Society of Britain]. In a single hectare (2.47 acres) of land, you may find 500,000 to 2 million individual worms. You may further find that the total wet biomass of all these worms equals 10 times the total weight of all the animals living aboveground on that same plot of land [source: Green-Pik].

Yet as ubiquitous as earthworms are, there is much we only recently have come to learn about them. In some northern regions of North America, there are no earthworm species around just a few hundred years ago. That's because during the last ice age, most earthworm species native to North America died out due to the change in climate. The earthworms you'll find today in abundance in the temperate woodlands and forests of northern North America are relatively recent immigrants from Europe and Asia, who hitched rides in the soil attached to plants imported to North America in the 19th and 20th centuries. In this clime, they've flourished and spread even farther, due to humans who purchase them as fish bait and often release them into the wild or inadvertently give them long distance rides attached to the tread of car tires [source: Kinver].

If you thought the only cool thing about earthworms was their ability to regenerate, or perhaps that they play pinochle on your snout when you die, read on and have your socks knocked off.