If you've ever seen a pelican in action, you probably won't forget it. The pelican is the squatty, peculiar-looking bird you might see sitting on a dock or on the beach among the sandpipers and seagulls — the one with the incredibly long bill and huge wingspan. But the most distinctive feature of this shore bird is its gular pouch, a loose bag of skin that stretches from the lower mandible of its bill to the bottom of its neck. As the pelican takes off and flies low over the water, the mandible opens wide to dip in and scoop up a fish. The gular pouch then allows the water to drain as the pelican tips back its head and swallows the fish whole. Yep, that's not a sight to be forgotten.

There are either seven or eight species of pelican, depending on who you ask (some scientists classify the Peruvian pelican as a subspecies of the brown pelican). All pelicans have a similar awkward appearance (at least, until you see them take flight) but they vary in their size, color, territory and behavior. Some species nest in trees, while others build crude nests on the ground or in rocks. Pelicans can weigh as little as 6 pounds (2.72 kilograms) and as much as 30 pounds (13.61 kilograms), and they live on every continent except Antarctica.

Pelicans are very social animals, building their nests in colonies. The brown pelican is unusual because it's the only species to feed by diving headfirst into the water, or plunge diving. Most other pelicans work together to herd schools of fish into shallow water. Then they dive in and scoop up the fish, often all at the same time.

Now that you know more about the pelican in general, let's get up close and personal with its most prominent feature. 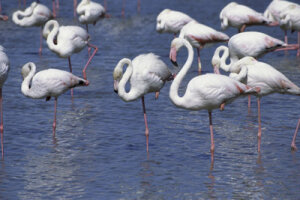 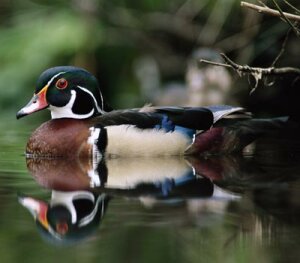