There's no doubt about it: Birds are flying machines. They've developed a number of adaptations, many of which have earned them a reputation as aerial acrobats. Their light hollow bones, streamlined feathers, curved wings and strong chest muscles are just a few of the tools that help give birds speed.

Because of the many different variations and gradations of these traits, each of the more than 10,000 species of birds has its own style (or specialty) of flying. Some are gliders, and some are flappers; some reach jetlike speeds, while others cruise by the clouds. The average bird travels a respectable 19 to 37 mph (30 to 60 kph), but the peregrine falcon flies at rates between 40 and 60 mph (64 and 97 kph) -- and that's just a warm-up. [source: Gill, Hayward]. When it really means business, the peregrine falcon can top out at more than three times that [source: Hayward].

What allows a peregrine to fly so much faster than, say, a pigeon? It all boils down to anatomy.

As far as peregrine falcon speed is concerned, a major advantage is the size of its keel. A bird's keel is located at its breastbone, or sternum. As the place of attachment for major flight muscles, it determines the bird's flying ability. Peregrine falcons have especially powerful flight muscles that power their wings to dizzying speeds.

Attached to those large flight muscles is another bonus: pointed wings with slim, stiff, unslotted feathers, which create the streamlined silhouette of a peregrine's body. When some birds rush up against air in flight, they experience drag due to the wind pulling on their loose feathers or broad wings. That may not be a concern if all you want to do is lollygag around in the jet stream, but if you spot a tasty meal, like a pigeon, on the ground, you're going to be glad your body can cut through the air without encountering resistance.

Of course, being able to fly fast means nothing if your heart and lungs can't keep up. That's where the peregrine's aerobic fitness comes in. A bird gets its flight power from the metabolic activity in its muscle fibers. Red muscle fibers, designed to increase oxygen uptake, enable birds to efficiently metabolize energy and maintain prolonged flight, while white muscle fibers fatigue rather quickly. Not only do peregrine falcons have ample red muscle fibers, but their large, strong hearts and highly efficient lungs and air sacs keep their muscles fueled with oxygen. Other birds can't even breathe when flying at speeds half as fast [source: Rizwan].

Living atop high cliffs or buildings doesn't hurt their speed accumulation either, since objects naturally gain speed and lift (from the upward rushing wind), as they descend. If you dived from a building half a mile off the ground, you would probably achieve a pretty good clip as well. Whether you could grab a juicy pigeon at the end of that dive and fly back to your nest and snack on it is an entirely different story. 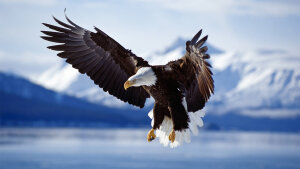 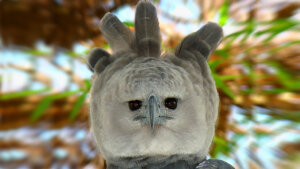