The terror of the Early Jurassic, Dilophosaurus was one of the earliest large theropods. It weighed nearly 1,000 pounds and was the dominant predator of its time.

The teeth in the front of the snout were long and slender, probably for plucking and nipping at the flesh of its prey. The cheek teeth were long, pointed, and blade-shaped, typical of meat-eating dinosaurs. The lower jaw was slender, and the bones of the neck were not large. The muscles of the jaws and neck were not as powerful or as large as in later theropods. Dilophosaurus did not overpower its prey like its Late Jurassic relatives Allosaurus and Ceratosaurus. It slashed and tore at the flesh of its victim until it fell.

Balanced on its large hips, Dilophosaurus was fast and agile. The front legs were small and not often used for running. Three of the four fingers on the hands had claws that gripped and tore at the prey when it was feeding. The rear legs were long and made for running. The rear feet had three toes that were covered with claws. The muscular tail was as long as the front part of the body, and it helped balance the animal when it was moving.

Dilophosaurus had two parallel crests on the top of its head, from the tip of the snout to the top of the skull between the eyes. There was a thin bone in each crest. The animal's name means "two-ridged reptile," after these crests. Other theropods had horns and crests, but none were as prominent.

These crests made its head look rounder and larger; this may have helped it when competing for food or territory. Some paleontologists have suggested that this early theropod was social and that it settled disputes with rivals by displaying its crest, which may have shown the animal's social position. Perhaps the dominant males, with control of territory and females, had the largest and most colorful heads and crests. These crests would have also warned away challengers.

Before the skull of Dilophosaurus was discovered, this early theropod was confused with the European carnivore Megalosaurus. Dilophosaurus lived with the smaller theropods and the primitive ornithischian dinosaurs in the Kayenta Formation of Arizona. Dilophosaurus ate the large plant-eating prosauropod dinosaurs and any other prey it could capture. 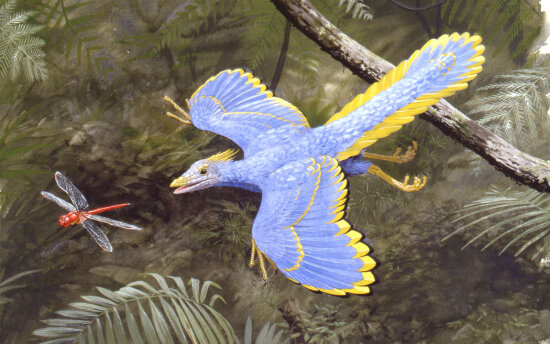 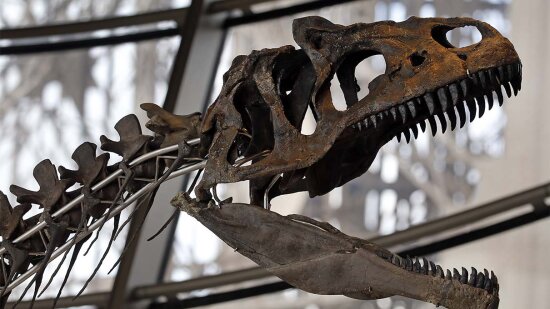 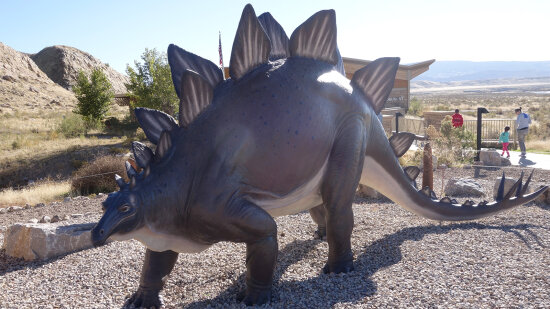