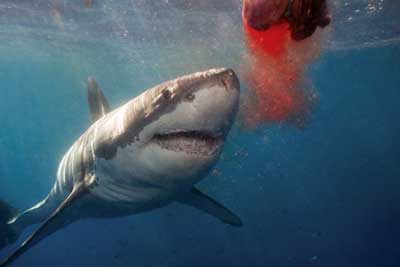 Sharks are literally wired for hunting. The finned predators of the high seas are equipped with a special sense called electroreception that allows them to home in on prey with deadly accuracy. Other members of the elasmobranch fish family -- rays and skates -- also share this trait, but sharks' electroreception abilities are the most finely tuned.

You can compare this to how batteries work. It's set up like an electrochemical cell that separates the negatively and positively charged ions. When connected by a wire, those opposite charges attract, meaning the positive and negative particles flow toward each other to pick up or drop off electrons to become stable again.

A similar thing happens in the interaction of living cells and salt water. Because fish cells have a charge different from the saltwater solution in which they swim, the contact creates a weak voltage in the same way as a battery. Sharks can sense the tiniest changes in this electrical current, down to one-billionth of a volt [source: Fields]. If two AA batteries were connected 1,000 miles (1,600 kilometers) apart, a shark could detect if one ran out [source: Viegas].

How can sharks do that? Read about the part of sharks' bodies that regulate this unique internal homing device on the next page. 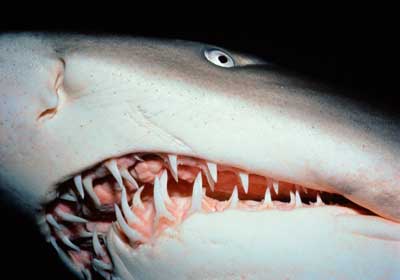 Want to learn more about sharks? Visit the links on the next page.

The 10 Most Dangerous Sharks
Could ancient Aztecs have held the secret to fending off shark attacks?
Can I Survive a Shark Attack by Gouging Out Its Eyes?