Women and elephants never forget an injury. Or so it goes according to H.H. Munro's brief narrative, "Reginald on Besetting Sins." We'll set aside the questionable implications of the first half of that assertion for now. But regarding the elephants, the British author was onto something.

Nearly a century later, extensive observations have confirmed that elephants indeed remember injuries and hold grudges against their abusers. For example, one study of African elephants found that the animals react negatively to the sight and scent of clothing worn by members of a nearby Maasai tribe of people [source: BBC News]. Why the sour grapes? Maasai men spear elephants as a customary display of their masculinity.

Anecdotal evidence also suggests that elephants remember trainers or keepers who mistreated them even after years of separation [source: National Geographic]. Similarly, scientists have linked elephant raids on villages in Uganda to a form of post-traumatic stress disorder [source: Shaikh]. The experts believe that the elephants lashed out because the growing human population was taking over elephant territory, forcibly separating some elephants from their close-knit family units [source: Shaikh].

Elephants are far more thoughtful mammals than their popular circus entertainer personas imply. In the wild, they follow formalized family structures with older females, or matriarchs, at the top. Daughter elephants always stick close with their mothers, forming families. Male offspring leave the family at around 14 years of age, or whenever they reach sexual maturity, described as being in musth. From there, males join groups of other male elephants, which they'll periodically leave for mating purposes. During droughts, multiple elephant families consisting of the females and their calves may congregate to form bond groups and share resources.

With all of this coming and going, elephants have many forms of communication to keep up with each other. One method for spatially locating other elephants is through the bundles of nerve sensors in their feet called Pacinian corpuscles [source: Braden]. The corpuscles translate seismic vibrations coming from the ground into a nerve impulse that sends a message to the brain about the source and direction of the vibrations. Even their toenails contain nerves that discern where sounds come from [source: Friend].

But what's going on in those noggins that makes elephants famous for their memory? Next, we'll dissect the elephant brain to see whether or not it's just peanuts up there.

Scientists haven't been able to measure elephants' intelligence precisely. Nevertheless, for decades, experts have observed the pachyderms' behavior and concluded that they rank among the smartest in the animal kingdom. That said, the theory of elephants never forgetting is an exaggeration, but doesn't stray terribly far from the truth.

Elephants have the largest brains by mass of all mammals, weighing in at a hefty 10.5 pounds (4.7 kilograms) for an adult [source: Shoshani et al]. While we can't judge how effectively a brain works based solely on its size, it can offer a decent approximation and give us a hint as to the power of elephant memory. One conventional way of estimating an animal's intelligence is examining the encephalization quotient (EQ). The EQ compares the actual size of an animal's brain against the size scientists would project its brain to be based on body weight. To better understand this measurement, think of an apple and an avocado. Both fruits are relatively the same size, but an apple has tiny seeds, while an avocado's seed resembles a golf ball.

The logic follows that the smaller the ratio of brain to body mass (think of the apple example), the dumber the animal and vice versa. For instance, people have an average EQ above seven, while pigs have an EQ of around .27 [source: Shoshani et al].

Elephants score relatively high on this scale, coming in at a cross-species average of 1.88 [source: Shoshani et al]. For comparison, chimpanzees have an EQ of 2.5. Female elephants, the leaders of the herds, often have greater EQs than males. This is probably linked to the matriarchal social structure of elephant herds. Studies have also found that the elder female elephants exhibit signs of a superior memory, alerting the herd if a familiar danger arises or an old feeding site is recognized [source: Briggs].

The olfactory, or smell-related, region of an elephant's brain is extremely developed in relation to its other senses. Elephants can distinguish between the urine scents of up to 30 female relatives, even if they've been separated for years [source: Briggs]. This trait helps elephants stay together when traveling in large herds, with the urine serving as a bread crumb trail for the nose -- or trunk in this case.

While elephants' utilitarian memories help them retain essential survival information, they also allow these animals to recognize the past. Elephants' show signs of grief over dead relatives such as gently touching the corpses with their feet and caressing the bodies with their trunks [source: Shoshani et al]. In an experiment that involved showing different sets of objects to a family unit of elephants, the group responded most prominently to bones and tusks once belonging to a relative [source: University of Sussex].

An elephant's memory doesn't stow each detail of every stimulus ever encountered. Instead, the brain encodes what's necessary for survival, such as food location and family identification, in the same way that our short-term memory systems selectively discard or transfer data to our long-term storage [source: Trivedi]. And just like those moments that impact our lives the most, the contents of elephants' functional memories are preserved for future retrieval.

For more information about elephants, go to the links on the next page.

Here are a few interesting nuggets about the world's largest land mammal: 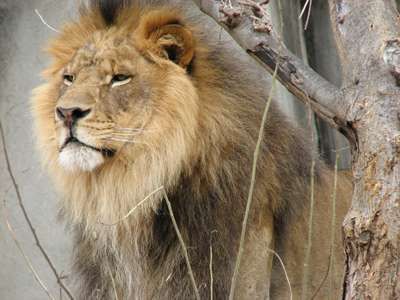