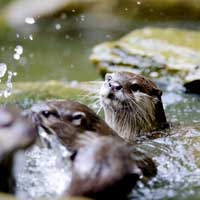 When a teacher gives a young child a set of blocks to play with, the toy serves two purposes. First, it provides entertainment for the boy or girl, and second, it teaches valuable skills. Children grasping at and holding the blocks can refine their motor skills and become acquainted with new shapes. Playing with the blocks helps develop eye-hand coordination as the child attempts to build a tower or other structure. In many ways, the frequency of playtime differentiates childhood from adulthood. But play -- even into adulthood -- promotes valuable, unexpected benefits that keep both our minds and bodies strong.

This quality of practical play extends throughout much of the animal kingdom. Think about a kitten's fascination with string or a puppy's obsession with a chew toy. Even in fierce wolf packs, the omega wolf, the least respected pack member, serves as the class clown, prodding the other wolves to play in order to relieve stress.

When defining what constitutes "play," there are a handful of factors to meet. First, the action of play doesn't serve a functional purpose and is performed solely for pleasure [source: Burghardt]. For that, consider the difference between a young student assigned an art project to complete in class and a child leisurely coloring at home. Also, play is often a varied form of mimicking a natural behavior, such as a dog chasing after a ball as though it was tasty prey. Play patterns generally are repetitive and instigated when environmental stress is low [source: Burghardt]. Researchers have proposed many positive consequences from play that include improving motor skills, strengthening cardiovascular systems, mimicking adult behaviors and enhancing social communication [source: Burghardt].

The endearing behavior of playful otters can put a smile on most people's faces. You may have seen some of their well-known antics such as sliding, bouncing pebbles on their paws as though juggling, and wrestling. People have even observed otter games of tag. But all this fooling around isn't a waste of time. Like play for human children, otters' playfulness is inadvertently significant. 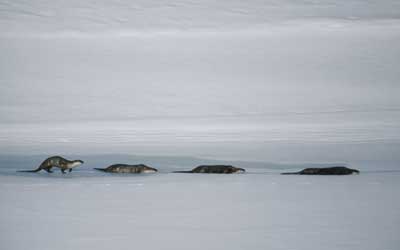