by Meg Sparwath Nov 8, 2019
Raccoons are one no stranger to urban living. In fact, these furry critters now thrive in cities all across North America. Rhonda Stansberry/Getty Images

The extent of most people's involvement with a raccoon is probably having to slam on their car brakes to avoid running over one. And while we all can instantly recognize these bushy jaywalkers by their masked faces and striped tails, there's way more to these guys than what those "caught-in-your-car-headlights" eyes reveal.

The reason you may have seen more than a few raccoons scurrying across the road is because raccoons are everywhere. The Northern — or common — raccoon (Procyon lotor) is native to North America but can also be found in Central America, Europe and Japan. These furry little critters thrive in cities due to their combination of resourcefulness and adaptability. In fact, the raccoon population is now higher in urban and suburban areas than in rural areas. But there are still plenty of raccoons that live happily in the tropics, farmland, forests, marshes and prairies.

Raccoons are furry, with a dense undergrowth that insulates them during winter months, and their fur is a brownish-gray color, except for their dark masks and tail rings. Some people believe their dark masks help reduce the glare of lights when they are out foraging at night. Raccoons sometimes have a hunched over appearance because their hind legs are longer than their front legs.

The nocturnal (they occasionally venture out during the day, mainly for food) mammals weigh anywhere from 4 to 23 pounds (1.8 to 10.4 kilograms) and are 23 to 37 inches (0.58 to 0.93 meters) long. Males are usually larger than females. Male raccoons are called "boars," and females are "sows."

Raccoons have five toes on their front paws that are super nimble. These toes essentially act as little fingers that allow them hold and manipulate food, as well as other things like doorknobs, handles and even jars.

Raccoons have five toes on their front paws that act as little fingers that help them hold and manipulate food, and climb trees and, well, fences.
Wikimedia

The raccoon mating season begins in January and females are usually ready to mate when they are a year old. After about a 63-day gestation period, sows give birth to one to seven kits. Newborns are weened between seven and 16 weeks and remain in the den (home) for about two months. When they are around 12 weeks old, the naughty kits will roam from home and stay away for a night or more.

Male raccoons are polygamous and don't stick around to help raise their kits. Females, however, are monogamous. This isn't ideal for romance, but raccoon mothers are perfectly OK, and even prefer, to raise their young (a mother and her babies are called a "nursery") in solitude.

It was previously believed that raccoons in general were solitary animals, but scientists have now determined that they like to hang with other raccoons of the same sex.

The average life span of a raccoon in the wild is just 2 to 3 years, but they can live as long as 20 years in captivity. Their biggest threats include cars — especially as the raccoon population spreads into urban and suburban areas — as well as fox, coyote, bobcats and cougars who prey on them.

They Eat Anything and Sleep Anywhere

Raccoons are omnivores, which means they eat meat and vegetables, as well as vertebrates and invertebrates. Raccoons are amazingly dexterous; their finger-like toes can pluck frogs and crawfish from a pond, pick berries and insects from trees, or dig food morsels from a restaurant dumpster.

Bird eggs, rodents, frogs and crawfish are a few of their favorite foods. In addition to being excellent swimmers, raccoons are also skilled climbers and can descend trees head first. They're also super-fast. Raccoons can run up to 15 miles per hour (24 kilometers per hour) and can fall from heights of 35 to 40 feet (10.6 to 12.1 meters) without being hurt.

Raccoons aren't very picky about where they den, though they're usually found near water and trees. They typically burrow out trees, fallen logs, brush piles to make a cozy den, or will even take over an attic, barn, abandoned building or deserted car.

During the spring and summer, raccoons gorge on food to store up fat that will allow them to snooze through much of the winter. Raccoons don't "hibernate," but they do "hole-up" in their dens and become sedentary during bad winter weather. During this time, they can lose about half of their body weight.

Don't be fooled by their cute looks and how friendly they seem. Raccoons can be dangerous.
Wikimedia

Are Raccoons Friend or Foe?

One thing we haven't mentioned yet is how totally adorable raccoons are. But don't be fooled by their cute looks and how friendly they seem. Raccoons can be dangerous.

Experts say you should never have a pet raccoon or approach one in the wild. Raccoons can be aggressive if they feel cornered. While they generally don't attack humans, raccoons are smart and will use their best acting skills to make you think they will. That includes making screaming and whistling noises and crouching as if preparing to attack.

And it is true that raccoons are one of the primary carriers of rabies. However, there has been only one known death resulting from transmittal of rabies from raccoons to humans. But raccoons carry other diseases that can be transferred to humans, such as roundworms and leptospirosis. So it's best to just steer clear of them for safe measure.

Now That's Interesting
Despite their eagerness to forage through dumpsters, raccoons are very clean and often wash their food in streams and even dig latrines in places where they spend a significant amount of time. 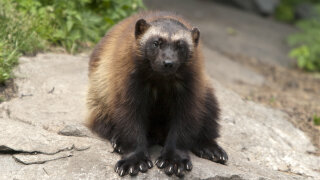 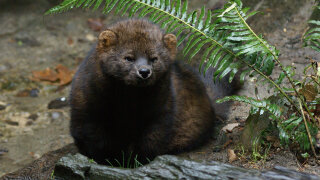 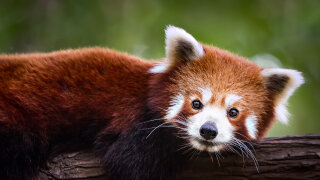