Why Do Raccoons Wash Their Food?

by Cristen Conger
NEXT PAGE
Check out the forepaws on that curious raccoon. Alexander Spatari/Moment Open/Getty Images

If the McDonald's Hamburglar had a spirit animal, it would be the raccoon. This masked bandit of the animal world is notorious for its food thievery. Omnivorous raccoons eat plants and small animals, such as mice, and have adapted to living near humans. In the wild, they'll dine on plants, nuts and fruits; in urban areas, they'll sniff and steal food out of your garbage can, pilfer pet food and grab fish from backyard ponds. Have you ever taken the trash out at night, only to find it strewn across your yard the next morning? It could be the handiwork of nocturnal raccoons. In a study of corn crop plundering by wild animals, Purdue University researchers found that raccoons were responsible for 87 percent of the 73,000 damaged plants [source: MacGowan et al.].

What makes raccoons so good at snatching food? Check out their forepaws. Raccoons' forepaws, each with five fingers, are surprisingly dexterous. They can easily grasp, hold and manipulate objects in their forepaws, similar to primates. While raccoons' flexible forepaws help them with food procurement and tree climbing, the animals don't display any sort of traits related to tool use like primates. Nevertheless, raccoons' manual adroitness is so well-developed that scientists have conducted a surprising number of studies to determine how and why the trait exists.

One of the most puzzling things raccoons do with their nimble paws makes them seem like germophobes: Whenever they eat near a water source, apparently raccoons wash food by dunking it in water and rolling it around in their paws. In fact, their scientific name, Procyon lotor, literally means "washing bear." Yet food-washing isn't a natural habit among animals, which led researchers at the London Zoo in 1961 to look into whether these raccoons — known to carry rabies and roundworm — really are as sanitary as they act. 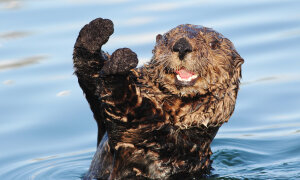 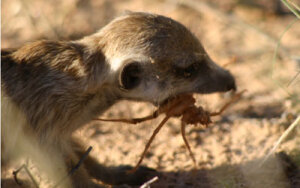 Are meetkats immune to poison?