by Jamie Allen Aug 21, 2019
Sugar gliders spend most of their time high in the trees where the find food and shelter. Anom Harya/Getty Images

Sugar gliders (Petaurus breviceps) are tiny marsupials that are part of the possum family Petauridae. They're native to Australia, Indonesia and Papua New Guinea, and they're are often compared to flying squirrels. Though the two have similar bodies and coloration, large black eyes, and they "fly" in the same way, sugar gliders have more in common with other marsupials like kangaroos.

But unlike flying squirrels, which are native to a number of regions around the world, sugar gliders have become, for better or worse, popular exotic pets.

Most sugar gliders are very social, nocturnal animals. They live in small colonies with a half dozen to 10 adults and kids. They spend most of their time high in the trees where the find food and shelter. They use a complex scent-based communication system — each animal "marks" with his or her signature scent, and the dominant male marks his family members with his saliva.

But sugar gliders also communicate via sounds the San Diego Zoo describe as "yapping, barking, buzzing, droning, hissing and screaming." Each noise means something different. For instance, a sugar glider may hiss at another to tell him to get out of the way, and they make soft purring sounds when they're content.

Their reproduction process is similar to that of kangaroos and other marsupials. After 15 to 17 days of gestation, sightless and furless sugar-glider joeys crawl from their mother's uterus into her outer pouch to develop further. Mothers have one to two joeys per litter.

Those joeys don't grow to be very big either. The average sugar glider is only about 9 to 12 inches (22 to 30 centimeters) long, from head to tip of tail. (Their body is about 5 to 6 [12 to 15] of those inches.) And these little fellas don't weigh much either; full-grown males top out at about 5 ounces (141 grams) and females at about 4 ounces (113 grams). Their average lifespan in the wild ranges between 3 to 9 years, and they have been known to live more 17 years in captivity.

And boy are they cute. Sugar gliders are covered in pale gray to light brown fur, with lighter coloring on their bellies. They sport a dark stripe spanning from their forehead and down their spine. They have soft pink noses, pink paw pads, and large ears and eyes for nighttime navigation.

Now as far as that name, sugar glider. It comes from the fact that, well, they glide (more on that in minute). But the sweet amplifier of their name is a reference to their nutritional preferences, specifically their love of nectar, pollen, tree sap and other natural delicacies. But these palm-sized marsupials also reportedly dine on spiders, insects, lizards and even small birds.

Now the facts: Like flying squirrels, sugar gliders don't truly fly. As their name suggests, they glide — often from tree to tree — thanks to a thin membrane called the patagium, which extends from their forelegs to their hindlegs. The membrane creates "wings" that serve as a sort of steerable hang glider or parachute, and their tails serve as rudders.

Catching air allows them to evade predators, reach food sources, get from "here" to "there" without touching the ground, and likely have an enjoyable time doing it. Sugar gliders have been observed soaring more than 160 feet (48 meters) — more than half the length of a football field! They're also just one of three mammals with this ability ("flying" squirrels and "flying lemurs" being the other two).

Sugar gliders don't fly, they glide from tree to tree thanks to a thin membrane called the patagium, which extends from their forelegs to their hindlegs.
Anom Harya/Getty Images

Do They Make Good Pets?

Sugar gliders are adorable and have pleasant temperaments. This combination — not to mention their fondness for flying — has made them ideal to be bred and marketed as indoor exotic pets in the United States and elsewhere. But there's a lot of controversy around domesticating them, and not everybody is on board. People for the Ethical Treatment of Animals (PETA) and the Royal Society for the Prevention of Cruelty to Animals (RSPCA) are just a few organizations that don't recommend them as pets.

"Many people who buy sugar gliders on a whim come to realize that their home is simply an unsuitable environment for this type of animal," PETA says in a statement. The main reason, the organization says, is that keeping a sugar glider cooped in a cage denies them of what's natural to them, most importantly companionship (remember they're a super social species) the outdoors, and the ability to climb and soar through the trees.

Now That's Interesting
In cold weather, sugar gliders stay warm by sleeping in clusters together to generate body heat, and they also have the ability to become "torpid," which means their body temperature, heart rate and blood pressure drops for a few days — similar to hibernation.

The Ambush and Death of Gangster John Dillinger 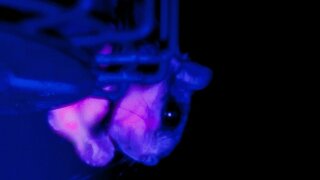 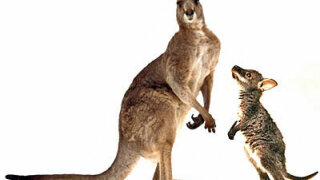 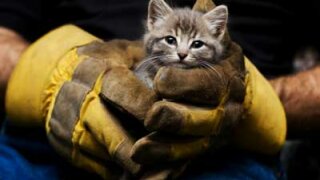