by Jamie Allen Feb 21, 2019
A flying squirrel caught in a flash of UV light shows up bubblegum pink. J. Martin

It's amazing what you can find if you shine a flashlight into your backyard trees.

Biologists in Wisconsin have made a rather startling discovery — in part, because it apparently hasn't been recorded until now. Three different species of flying squirrels (all in the Glaucomys genus) found across North America and into Central America — southern, northern and Humboldt's flying squirrel — sport light brown fur that, when spotlighted with ultraviolet (UV) illumination, lights up a hot bubblegum pink.

The phenomenon occurs on both dorsal (top) and ventral (bottom) surfaces of the flying squirrels, though it's the underside of a flying squirrel's carriage — including flaps of skin that spread out when the squirrel glides from tree to tree — that really glows.

Jonathan Martin, a biologist at Northland College in Ashland, Wisconsin, made the discovery in the forest one evening just by shining a UV flashlight into the tree canopy. He was looking for lichens, certain types of frogs and flora that light up in UV. That's when he heard the chirp of a southern flying squirrel. As the squirrel glided by, he shined the UV flashlight on it, and he saw a flash of fuschia.

Martin and his colleagues soon found themselves examining the skins of flying squirrels at the Science Museum of Minnesota and the Field Museum in Chicago. They took photos of the skins under visible and ultraviolet light. All but one specimen of the gliders glowed a pink that has been variously compared to bubblegum, Day-Glo and lycra from the 1980s.

Flying squirrels in the lab — the one on the left under visible light and the one on the right showing up pink under UV illumination.
Journal of Mammalogy

"I have to admit that the discovery was a little confusing to me," Paula Spaeth Anich, a biologist at Northland College and senior author on the study, told National Geographic. The results of the study were published in the Jan. 23, 2019 issue of the Journal of Mammalogy.

The pink is caused, the researchers say, by the squirrels' ability to fluoresce, which is what happens when light is absorbed in one wavelength and emitted in another. Some birds can do this; some fish, too. Few mammals can.

Flying squirrels are nocturnal and are most active at dusk and dawn. No other squirrels in North America are known to possess this ability to fluoresce, including tree squirrels like the Eastern gray (Sciurus carolinensis). There are over 250 squirrel species around the world, and the researchers have not yet tested other species' fur.

The next question is: What purpose could this fluorescence serve? Humans can't see ultraviolet wavelengths except under special lighting. But other animals can.

One theory suggests the pink is used to confuse owls, which — as it turns out — also have undersides that fluoresce a similar pink. Owls prey on flying squirrels, among other mammals. Perhaps the squirrels are mimicking owls, so as not to be eaten by them?

Another theory, which is already being challenged, is that the pink attracts potential mates. However, although flying squirrels having mating seasons, their flamboyant fluorescing is available for viewing year-round, researchers say. Anyway, it's not even clear that squirrels can see UV wavelengths.

Ultimately, the researchers point out that age-old impetus of science: This is proof of how much we don't know and still need to learn. The study concluded, "The ecological significance of this trait ... warrants further investigation."

Does Paying People to Relocate to a State Work?

A Tesla Can Make More Fart Sounds Than a Whoopee Cushion 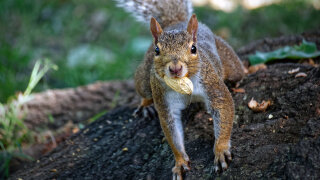 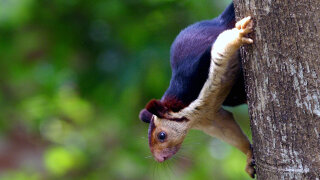 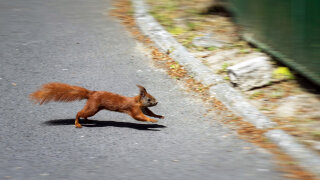