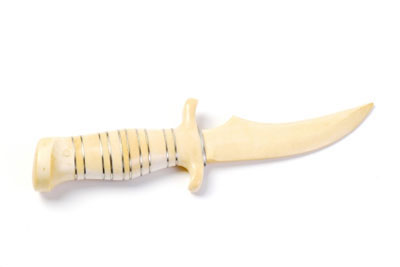 Though walruses have few natural predators, man has hunted them since the ninth century. Hunters have stalked them for their oil, ivory and skin. Because of this, walrus populations have dropped to extremely low levels and then recovered at several points in human history.

Walrus oil -- created by boiling walrus blubber at high temperatures -- was greedily sought for lamps, soap and as a machine lubricant between 1860 and 1880. During that period, approximately 10,000 walruses were killed a year in the eastern Arctic alone [source: Lanken]. After the most recent depletion, however, walrus hunting has largely been restricted in Canada, Russia and the U.S. Only native populations who rely on the walrus as a source of food are permitted to hunt the animal.

In the United States, the Marine Mammal Protection Act of 1972 not only protects the walrus from hunters but also prohibits the trade of walrus ivory. Only ivory that predates the law or has been carved by an Alaska native can be legally traded [source: Burns]. In addition, although the walrus is not endangered, it is listed under Article III of CITES, the Convention on International Trade in Endangered Species. This status gives it some protection by placing restrictions on the global trade of walruses and walrus products.

After significant fluctuations in walrus populations over the last several hundred years, current populations appear to be stable and may even be thriving. Although some illegal ivory trade is inevitable and the effects of global warming remain to be seen, walruses are enjoying a welcome stability in their total numbers.

For more information and some interesting videos of walruses, don't miss the links on the following page.

In Alaska, the Inupiaq and Yupik Eskimos have relied on the walrus for thousands of years. The annual walrus hunt has become an integral part of that culture. Historically, practically every last bit of the walrus was used -- even the intestines were eaten or fashioned into raincoats. Today, the Eskimos defer to plastic raincoats, but many of the traditional uses for walruses remain. Walrus meat is used for food, stomachs are used as containers and drums, skins are used for boat covers and rope and ivory is used in art. Each village sets a limit on the number of walruses that can be hunted each year, making sure they do not kill more than can be used and that walrus total numbers don't significantly decline [source: "Subsistence and Walrus Hunting"].