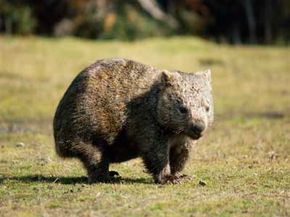 Why does this critter leave behind cube-shaped scat? See more pictures of marsupials.
Ken Findley/Getty Images

Whether called poop, scat, No. 2 or another one of the bountiful euphemisms available, it all refers to the same thing for every animal. We eat, we digest, we defecate. Then, if you're human, you usually get it out of sight as quickly as possible. After all, who readily volunteers to change a baby's dirty diaper or scoop up the dog's doo-doo? Feces makes most of us uncomfortable, and perhaps that's a useful trait since it can pass along parasites and disease.

But when you're out in the wild, you can learn a pile of information from a pile of animal droppings. Like a check-up list at the doctor's office, a thorough examination of scat can educate you about the health of the animal responsible for it and the ecosystem it lives in. First, the physical properties of the feces quickly indicate whether it came from a carnivore or herbivore. Generally, herbivorous fecal matter is more compact and geometric, like the rounded pellets made by deer and rabbits [source: McDougall]. The size is also proportional to the size of the animal that produced it, so those deer pellets will be smaller than what's produced by a moose.

For animals, encountering scat gives them a quick rundown of the species, sex, age, health and sexual maturity of its source. This can prevent violent run-ins between competing animals and alert members of the same species that there are others in the area ready to mate. In predator-prey situations, the prey may leave multiple droppings in an area to throw the predator off its trail [source: McDougall]. However, for all the information excrement holds and the important role that it plays in maintaining equilibrium within ecosystems, except for a handful of exceptions, animals don't poop where they sleep.

Knowledge of scat variations in animals comes in handy for hunters and wildlife experts as well. They can look at a mound of dung, analyze how fresh it is and what's in it and then identify the animal and eventually pinpoint its location. Even for the scat novice, one Australian mammal has a very recognizable fecal calling card. After digesting its food, the wombat leaves behind piles of cube-shaped pellets, resembling a set of pungent dice.

Since we know that stool says a lot about an animal, what does the peculiar shape of wombat scat tell us?

The Scoop on Wombat Poop

Members of the animal family Vombatidae, there are three species of wombat: common wombat, southern hairy-nosed wombat and northern hairy-nosed wombat. They're all native to Australia and some of the surrounding islands and have nothing in common with bats that fly around at night. In fact, these rotund, furry mammals resemble overgrown prairie dogs of the Great Plains in the United States.

Along with koalas and kangaroos, wombats are marsupials. Like koalas, female wombats have pouches that face to the rear of their bodies, in which they carry and nurse their young. The orientation of the pouches keeps them free of dirt while they dig. Wombats are sizable animals, weighing up to 88 pounds (40 kilograms) and measuring up to 4 feet (1.2 meters) in length. When necessary, wombats can sprint up to 25 mph (40 kph) [source: Animal Planet].

As nocturnal animals, wombats are active at night, foraging for grasses, roots and bark. Rivaling the reputation of sloths, wombats may sleep up to 16 hours every day [source: Jackson]. Also like the sloth, this sleep pattern is influenced by their herbivorous -- and thus low energy-yielding -- diet, which requires them to conserve energy. In fact, while sleeping, the wombat's metabolism may drop to two-thirds of its normal rate [source: Animal Planet].

Dwarfing petite prairie dogs, the wombats' body size makes them the largest burrowing mammal in the world. Using their front claws to dig burrows, wombats spend most of the day underground, away from the sun. Wombats may dig out a series of up to 30 underground, interconnected burrows, referred to as warrens. Southern hairy-nosed wombats are known to share space within warrens, but generally won't occupy the same burrow -- sort of like how family members have their own bedrooms in one house. That's because wombats are highly territorial, preferring to spend most of their time alone, except during mating season.

As we mentioned earlier, animal droppings are natural ways of marking territory to prevent confrontation and promote mating. In addition to scent markings, or scents produced by the hormones that animals release, wombats leave their cube-shaped scat as territorial signposts on the tops of rocks and logs. That distinct shape is beneficial since the flat sides of the cubes keep the droppings in place on their precarious locations. If wombat poop was rounded, like that of koalas, it would probably roll off its intended drop point. And since wombats can produce between 80 and 100 pellets per day, stray scats could lead to a lot of disgruntled wombats [source: Wombat Protection Society].

While it still ranks among one of the most unpleasant products of our biological functions, poop certainly serves a purpose in the wild. Bringing it into your home on the bottom of your shoe is another matter, however.

Cristen Conger "Why Is Wombat Scat Shaped Like a Cube?" 15 October 2008.
HowStuffWorks.com. <https://animals.howstuffworks.com/mammals/wombat-scat.htm> 17 May 2022
Print | Citation 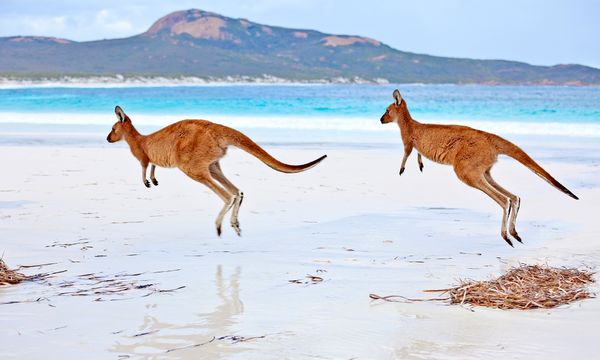 Up Next
Why Do Kangaroos Hop?
Explore More 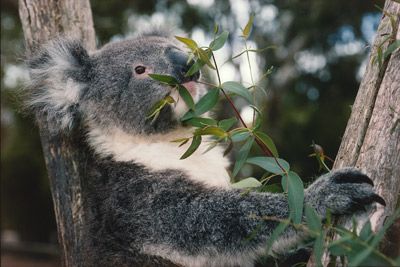 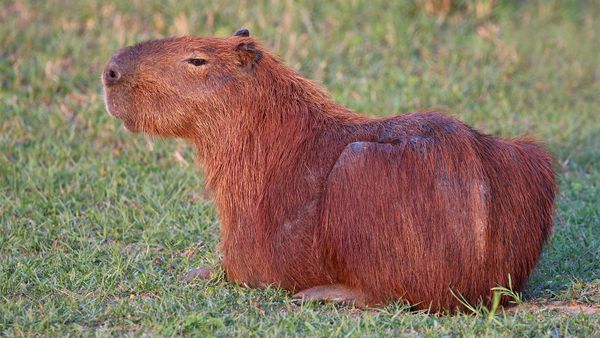