How to Treat Cats With Cystitis 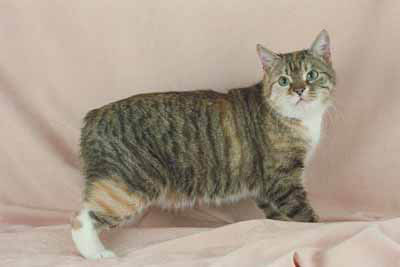 A cat's bladder can become inflamed because of infection or irritation. Cystitis most often happens as part of a collection of bladder and urinary problems commonly called feline urological syndrome (FUS) or feline lower urinary tract disease (FLUTD).

Attacks of cystitis or FUS (which includes cystitis, along with inflammation of the urinary tract and the formation of stones or sand in the bladder) are announced by bloody urine, frequent urination of small amounts, litter box accidents, spraying, excessive licking of the urinary opening, straining in the litter box, and possibly tenderness of the lower abdomen.

The pH of a cat's urine -- how acidic or alkaline it is -- has a lot to do with cystitis and FUS. If the cat's urine is alkaline, it's much easier for urinary crystals to form. These crystals in turn form gritty "sand" or small stones that irritate the lining of the bladder and can plug up the urinary opening in male cats, which is an extremely serious problem.

Serious complications of cystitis and FUS show up most often in adult male cats. The first flare-up usually occurs when the cat is fairly young, and repeat bouts can pop up for the rest of his life. That having been said, don't think that just because you have an older or female cat that you're in the clear: Urinary tract problems can strike any cat.

Food for thought. Most experts agree that many factors, including diet, contribute to a cat's susceptibility to developing FUS. Plant-based cat foods tend to make a cat's urine more alkaline (higher pH), which encourages the formation of crystals and stones and is a more hospitable environment for bacteria. Some commercial dry cat foods seem to have the same effect on urinary pH. As a result, cats who develop cystitis or FUS should only eat dry foods recommended by a veterinarian or stick to prescription dry food specially formulated for cats with bladder problems.

Your vet may also suggest a urinary acidifier to add to your cat's diet, making sure the pH of his urine stays low enough to prevent bladder stones, or may recommend a special diet formulated to dissolve crystals or stones in the bladder.

Magnesium is an important trace nutrient that every cat needs. Unfortunately, some commercial cat foods provide it in a form that also encourages crystals to form in the cat's urine, which can lead to bladder stones and, which, in turn, can cause a urinary obstruction. A quality commercial canned food is usually relatively low in magnesium, easy to digest, produces more acidic urine, and provides more fluid intake.

Water, water everywhere. The body is an amazing thing: If it doesn't have enough of something it needs, it finds a way to get it. If a cat isn't drinking enough, his body will find a way to conserve and reclaim water. One way is by reabsorbing water from the urine, making it more concentrated. The urinary tract lining in cats that have already had a bout of cystitis or FUS is particularly sensitive, and concentrated urine can trigger additional attacks.

Make sure your cat has constant access to plenty of clean, fresh water. Watch for your cat's drinking preferences -- some favor a water faucet or even the toilet over a water bowl on the floor. It might seem odd or even a little bit disgusting, but it's probably a good idea to cater to his water-drinking whims, especially if the option is a flare-up of bladder disease.

Cats also get water from their food. The higher the moisture content in his diet, the more water he's getting -- even without drinking. A cat who eats canned food gets a lot of water with the meal and more as a result of breaking down the higher fat, higher energy ingredients that are in most wet foods.

Less stress. The "body-mind connection" works for cats just as well as it does for people. Country folks know that a healthy attitude toward life makes for a healthy body. Unfortunately, you can't explain that to your cat. Instead, it's up to you to minimize his stress and maximize his health.

Try to anticipate problems. Do you know a major change is coming up in your household? Whether it's a new baby, someone going off to college for the first time, a family vacation, or remodeling the kitchen, if you know it's coming it's best to either ease the cat into it slowly or expect an attack of urinary problems and take the necessary precautions.

You should have realistic expectations for your cat. Sure, cats are clever and agile and maybe even a little sneaky, but they're still cats. It's entirely possible that your cat understands everything you say and is just playing dumb or being obstinate.

However, it's equally possible that he's only learned how to get along in human society just well enough to find himself a comfortable situation and doesn't have a clue why you're so bent out of shape that he's been urinating in your beautiful potted plants instead of the convenient litter box you bought him.

Also, if a cat doesn't understand why he's being reprimanded, he stresses out. A stressed cat will announce his unhappiness with a change in behavior, often by elimination. And, to a cat, leaving it where you're sure to notice it -- where your personal smell is strongest -- is a great way to guarantee you'll get the message.

Finally, to lessen your cat's stress, try to stay cool yourself. Have you ever tried to enjoy a favorite activity and then had someone who was really, really intense about it right next to you? To cats, life in your home is basically one long stay at a resort hotel: The weather is always fine, everything is already paid for, you don't have to work, and you can eat, sleep, and play whenever you like.

If the humans in this little paradise are under stress, though, the vacation is suddenly over. Some of this may be cats' fabled sensitivity to people's emotions, but some of it certainly is a reaction to the changes in the way we humans move and speak when we're agitated.

Check the box. A clean litter box filled with the appropriate kind of litter must be available to the cat at all times. Using the litter box is not an instinctive behavior in cats; the instinct part is the action of digging in loose materials to bury their urine and feces (especially if there is a habit of using that spot or the very faint residual smell of elimination there). If something turns them off to the box (like it's too dirty, too perfumey, or too much trouble to get to), they'll either hold it too long (increasing bladder irritation and the risk of infection) or find another "toilet." Check your cat's litter box regularly, making sure it is clean and free of irritants.

Cats with urinary tract problems will often deliberately urinate outside of the litter box, even if they've been 100 percent accurate all their lives. If your cat suddenly starts having "accidents," spraying urine, or squatting and straining outside of the box, don't punish him. He's probably telling you he's got a problem. Call the vet as soon as you notice one of these signals and schedule an appointment for an exam. If it's a physical problem, the sooner your catch it, the easier it will be to treat. If it's a purely behavioral thing, you can start correcting it before it becomes an ingrained habit.

If your cat is straining in the litter box (or elsewhere) and not producing any urine, produces small amounts of bloody urine, or cries during urination, call the vet immediately. These are the signs of a urinary blockage, an extremely serious -- and potentially fatal -- problem.

DANGER LEVEL: Most bladder problems by themselves are not dangerous; they're mostly inconvenient and a nuisance for the owner. However, urinary blockage is extremely dangerous and should be treated as a life-threatening situation.

Next we will deal with a disease that is just as serious for cats as it is for humans -- diabetes.