by John Perritano Sep 22, 2017
Researchers at the Wolf Science Center in Vienna, Austria, found that wolves are better at understanding cause and effect than domesticated dogs. Michelle Lampe/Wolf Science Center

My chocolate lab, Loretta Lou, is one of the most intelligent dogs I know. It took her no time to learn to catch a Frisbee, and she can pick the used cat cans out of the recycle bag in the sink with surgical precision. (If only she could put them back.) Plus, all I have to do is raise a finger, and she sits. Nod my head and she jumps off the bed. Loretta, in a nutshell, is devilishly smart. So, I was intrigued when I read a study that said wolves are more intelligent in some ways than Loretta Lou and all her canine peeps.

The study, which was published in the September 2017 journal of Scientific Reports, is by an international team of researchers at the Wolf Science Center in Vienna, Austria. They found domesticated dogs cannot make the connection between cause and effect. Wolves, however, can.

They came to that conclusion by testing and comparing how the two species searched for food after giving them hints about where it was located. Researchers used 14 dogs and 12 socialized wolves in their experiments. During the tests, the animals had to choose between two containers, one with food and one without. The first thing researchers did was determine whether the animals could make sense of "communicative clues," by pointing and looking at the container with the food.

Both the wolves and dogs did well on the communicative clue tests — all found the hidden food. Both species, however, failed the behavioral cue portion. Without direct eye-contact neither dog nor wolf could find the food. During the last part of the test, however, only the wolves could make casual inferences as to where the food was located. In other words, the scientists said, the wolves, not the pooches, understood cause and effect.

"The results of our study suggest that domestication has affected the causal understanding of our dogs," study author Michelle Lampe from the Radboud University in Nijmegen, the Netherlands said in a statement. "It cannot be excluded however, that the differences can be explained by the fact that wolves are more persistent to explore objects than dogs. Dogs are conditioned to receive food from us, whereas wolves have to find food themselves in nature."

What shocked researchers was that the wolves were able to interpret direct eye-to-eye contact. That understanding of communicative cues, researchers said, may have "facilitated domestication."

The study is unique also in that it used dogs that lived in both packs and with families. "The results of the dogs were independent of living conditions. This makes our study the first to make a valid comparison between these two animal groups in this particular set-up," study author Juliane Kaminski, from the University of Portsmouth in England, said in a statement.

As for Loretta Lou, she's taking a nap.

Now That's Interesting
Whether you have a chocolate lab or a coonhound, scientists now believe that some modern dogs and wolves descended from a common ancestor between 11,000 and 30,000 years ago. In a 2014 study published in the journal PLoS Genetics, researchers concluded that genetic similarities between modern dogs and wolves occurred when the two animals bred, and was not from a direct line of descent from one group of wolves.

5 Things You Didn't Know About the Autumnal Equinox

Can I Pass a Drug Test With Someone Else's Urine? 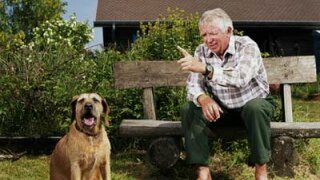 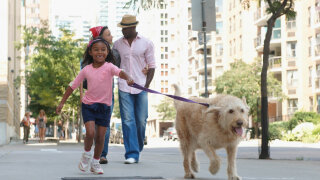 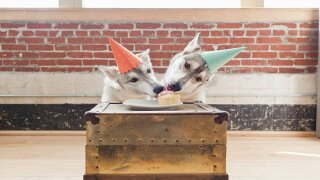