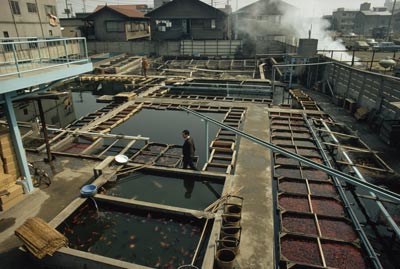 Aquaculture is fish farming and a lot more! This fish farm produces many varieties of goldfish.
Paul Zahl/National Geographic/Getty Images

When you order a seafood dish at your favorite restaurant, you usually can't help but think of fishermen in old-fashioned wooden boats harvesting their catch from the local lake, river or sea. However, chances are that your delicious herb-crusted salmon or pan-seared tilapia actually came from a farm similar to those that produce other protein products such as beef or chicken. Aquaculture is fish farming, and a whole lot more. In fact, it's one of the fastest growing food industries in the world.

Aquaculture is the farming and husbandry of freshwater and marine animals and plants in controlled environments. Aquaculture goes way beyond food production. Hatcheries provide bait and game for both sport and commercial fishermen. How about ornamental plants and fish for those lovely koi ponds? You can thank aquaculture for them, too.

Although aquaculture serves many purposes, the most important one is to supply food for humans. It also supports the food chain at a lower level by producing algae and other plant organisms for animal feed.

Did you know that fish is one of the world's most important sources of protein? Because aquaculture products are relatively inexpensive, the world depends on fish products as a vital source of nourishment. For this reason, the world's poorest populations depend heavily on aquaculture, too. Since the 1950s, the demand for fish has doubled [source: Costa-Pierce, et.al.] Recently, the aquaculture industry around the world has boomed because certain aquatic organisms, like Atlantic salmon and Chilean sea bass, which have become scarce due to overfishing.

In this article, we'll explore the development of aquaculture and the issues facing this quickly growing industry. First, let's look at a few different types of aquaculture.

Goldfish was one of the first species of fish to be cultivated through aquaculture techniques. Evidence found in ancient Chinese art and literature indicates that the Chinese have bred and domesticated goldfish since around A.D. 800. The cultivation of goldfish expanded to other countries in the East and Europe in A.D. 1650. Goldfish moved from outdoor ponds to indoor structures in the late 1800s [source: BBC]. 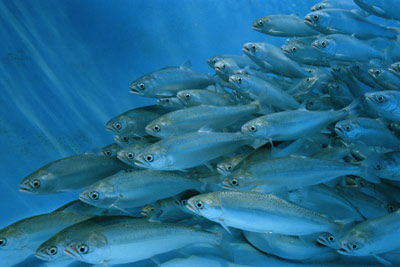 Technology is paving the way for many new types of aquaculture. Let's take a look at a few of the main forms.

Fish farming is the primary form of aquaculture. Fish farming is cultivation of fish for commercial purposes in man-made tanks and other enclosures. The most common types of farmed fish are catfish, tilapia, salmon, carp, cod and trout. With the increase in over-fishing and the demand on wild fisheries, the fish-farming industry has grown in order to meet the demand for fish products.

Mariculture is the branch of aquaculture that cultivates marine organisms either in the open ocean, an enclosed portion of the ocean, or tanks or ponds filled with seawater. Finfish (like flounder and whiting), shellfish (like prawns and oysters), and sea plants (like kelp and seaweed) are cultured in saltwater. Mariculture products are also used for cosmetics, jewelry -- such as cultured pearls -- and fish meal.

Algaculture is the type of aquaculture that cultivates algae. Most algae harvested is either microalgae (phytoplankton, microphytes or planktonic algae) or macroalgae, commonly known as seaweed. Although macroalgae is used for a variety of commercial purposes, its size and cultivation needs make it hard to grow. Microalgae are easier to harvest on a large scale.

To successfully harvest algae, an algae farm needs the right temperature range, light source and nutritional characteristics in the water source. Algae is most commonly cultivated in open-pond systems, such as ponds, pools and lakes. However, these systems don't allow for control of light or temperature. Yet, they're the most popular type of pond system, since they're cheaper to build and produce the highest yield of algae.

Integrated multitrophic aquaculture (IMTA) is a more advanced system of aquaculture. In a multitrophic system, different species with various nutritional needs are combined into one system. IMTA uses the waste products of one species as feed or fertilizer for another species. For example, seaweed grows from the phosphorus and ammonia that fish and shrimp excrete. Shellfish feed on the solids that fish and shrimp produce. Although there are many different types and degrees of IMTA, the main principle behind the system is balance. An efficient IMTA is environmentally and economically sustainable because it recycles nutrients.

This is a high-tech way to grow fish, but fish farming has been around for thousands of years. Next, you'll learn how fishmongers kept fish alive 2,000 years ago.

Algae: The Solution to the Energy Crisis? 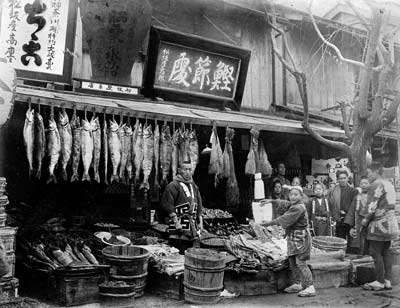 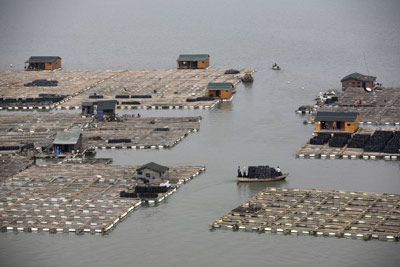 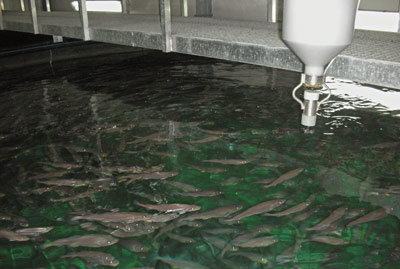