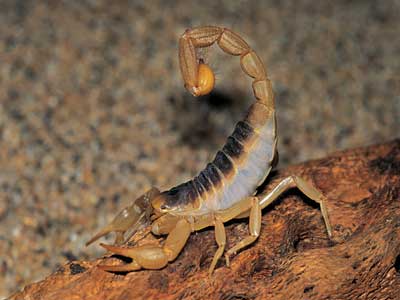 There are around 2,000 known species of scorpions, but fewer than 40 have venom that can kill humans. See more pictures of arachnids.
Ray Massey/Getty Images

On a clear night, you may be able to look up and spot a curved string of stars nestled between Libra and Sagittarius. As the Greek legend goes, Artemis, the goddess of wild animals, sent a scorpion to kill the hunter Orion. For that reason, the constellation Scorpio was placed strategically in the heavens on the opposite end of the horizon from Orion's constellation, as if eternally chasing him.

Mentions of scorpions stretch back into some of the oldest know myths because the species has survived for an estimated 450 million years. Their distinct body shape and pointed stinger have earned scorpions a negative reputation for millennia, commonly associated with evil and chaos. Ironically, of the 1,300 known scorpion species scattered across the globe, fewer than 40 of them possess venom powerful enough to kill a human. Those dangerous species are found in the Middle East, Africa, Mexico, South America and India. But that doesn't mean that scorpions don't inflict their fair share of pain. An estimated 5,000 people die from scorpion-related causes every year [source: Leeming].

The scorpion is a member of the arachnid family and is closely related to spiders, mites and ticks. Arachnids have four pair of legs and two body segments: a cephalothorax and abdomen. Their bodies are coated in an exoskeleton made of a substance called chitin. A peculiar quality of that external shell makes scorpions easy to spot in the dark. Because of an unknown chemical in the chitin, if you shine an ultraviolet light on a scorpion at night, its body will fluoresce, or glow. Its tail is divided into five segments (ending with the venomous stinger), and on the opposite end of its body, the scorpion has a set of crablike pincers called pedipalps it uses to grasp and crush prey.

But the scorpion doesn't have to put its sturdy set of armor to use very often to capture meals. Like the patient fisherman who sits calmly for hours on end for a bite on his line, the scorpion is a master of waiting for food. 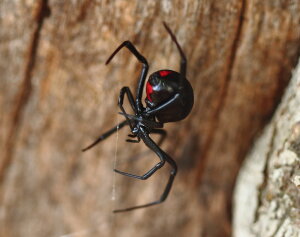 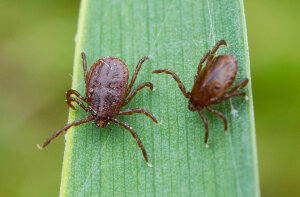