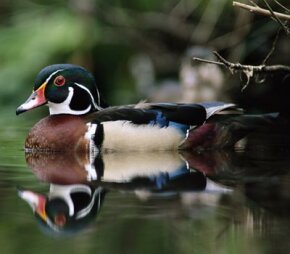 On Jan. 29, 1992, a cargo ship spilled a portion of its load into the Pacific Ocean, releasing thousands of little yellow rubber duckies to journey around the globe. Amazingly, many of them are still out there, no worse for the wear, bravely forging ahead. They've ridden ocean currents up the eastern coast of the United States, along the shores of Greenland and through pack ice in the Arctic Ocean [source: Bruxelles].

How these ubiquitous bathtub toys remained afloat for more than 15 years isn't much of a mystery. After all, they're made of rubber, filled with air and light as a feather: It's no wonder the denser seawater holds them up. But how do their flesh-and-blood brethren accomplish the same task? Real ducks aren't made of plastic, and they contain more than just air.

The concept is actually simple, but to understand it, you first have to understand why anything floats. Objects either float or sink in water because of something called buoyancy. When an object placed in water weighs less than the amount of water it displaces, it floats. If it weighs more, it sinks.

If that cargo ship had been transporting bowling balls, you can bet they wouldn't be cruising the high seas. Rubber duckies, however, which typically weigh no more than say 5 grams and take up about 75 cubic centimeters of space, are a different story. The 75 cubic centimeters of water they displace weighs about 75 grams (0.16 pounds), so that water significantly outweighs them. Obviously, the heavier seawater will keep them afloat.

Real ducks also are lighter than the water they displace, but it takes several things working in tandem to achieve that lightness. Learn why it's more complicated than rubber and air next. 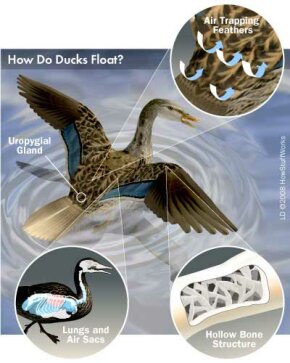 This illustration depicts the parts of a duck's anatomy that enable it to float.
HowStuffWorks

Although ducks aren't especially heavy creatures, without a few key characteristics they would probably be resting on the lake bottom rather than bobbing on top of it.

A special gland called the uropygial gland (or the preen gland) is one key physical trait that helps to keep ducks on top of the water. This gland, located at the base of their tail, produces an oil that the ducks spread over their bodies to make their feathers water-repellent. Since duck feathers resist getting saturated with water, the birds weigh less than they would if their feathers absorbed that water. Some people even suggest that without their uropygial gland to render them waterproof, ducks would drown.

In addition to their waterproofing abilities, duck feathers possess another quality that helps them to float: They trap air. The birds' feathers are tightly interlocked with a system of barbs that hold air in. You know those little "wings" kids wear on their arms in the pool to help them swim? Ducks practically have those built into their feathers. If they need to dive underwater for a quick snack, they just squeeze the air out by pressing in their feathers. They trap the air again soon after resurfacing and shaking off.

Ducks also have a system of internal air sacs that helps to keep them buoyant. They keep these sacs filled with air unless they want to dive under the water, at which point they squeeze the air out. The sacs, which include the duck’s lungs and are located along the length of the duck’s central body, are the equivalent of having miniature helium balloons inside.

Finally, ducks, like many other bird species, also possess hollow bones. You may already know that hollow bones help flying birds like cardinals and hawks achieve flight. The hollow bones are strong yet incredibly light, allowing them to lift off the ground with ease. This same lightness helps birds like ducks to float (and fly).

In fact, since many other bird species share several of the same characteristics that help ducks to float, such as a waterproofing gland and hollow bones, these species should theoretically float as well. Indeed, researchers studying the effects of oil spills on bird mortality found that approximately 90 percent of birds float for at least two weeks if they die at sea [source: Tomasi].

Ducks, however, are obviously much better at it. It doesn't take much research to know that 100 percent of them manage to float for much longer spans of time. To learn more about ducks and flotation, try some of the links on the next page. 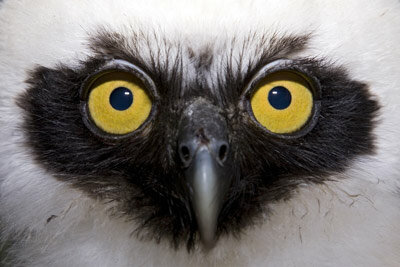 Up Next
How can owls fly silently?
Explore More 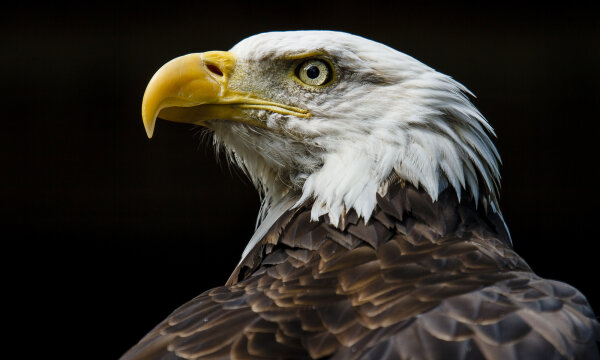 You May Like
How did the bald eagle get delisted as an endangered species?
Explore More