­If y­ou have a hankering for oysters, seafood lovers advise checking the calendar before you order up a dozen on the half shell. According to the oyster season rule of thumb, only consume the tasty bivalves in months ending in "r." At crawfish boils, only grab the mudbugs with the curled tails; straight tails mean they were dead when they hit the pot and won't be as savory. When frying up a fillet at home, you want a cut that smells fresh but not fishy, with eyes that bulge but don't bug and skin that shines but doesn't slime.

The world of seafood dining is riddled with rules to stave off foodborne illness. The Centers for Disease Control and Prevention (CDC) lists raw animal meat, including shellfish, as the most susceptible to contamination. Shellfish, for instance, are filter feeders that may contain sickness-inducing microbes [source: CDC]. According to the U.S. Food and Drug Administration (FDA), all seafood can carry a nasty host of bacteria and viruses, including salmonella, worms, hepatitis A and Norwalk virus. For that reason, the FDA recommends cooking or freezing all seafood thoroughly before eating.

Nevertheless, people can also get sick eating grilled, fried, boiled and charred fish. Sometimes, fish meat may harbor bacteria that extreme heat or cold won't kill. One such toxin has been found, on occasion, in barracudas.

­Barracudas already have a menacing reputation in the underwater world. Dreaded by some swimmers and scuba divers more than sharks, the barracuda can swim fast and strike hard. Unlike sharks that hunt by scent, barracudas spot prey with their bulging eyes, making it easier to spy swimmers' dangling legs­. Their severe underbite displays two sets of menacing teeth prominently. Ranging in size from 18 inches (45 centimeters) to 6 feet (1.8 meters) long, barracudas inhabi­t warm and tropical waters along reefs and shorelines.

The great barracuda with black spots on its abdomen is the largest species, weighing more than 100 pounds (45 kilograms) at maturity. Because of its size, sport fishermen hunt it for the fight. But those looking to catch a meal may steer clear of the great barracuda since its meat could wreak havoc on their stomachs.

­The Centers for Disease Control and Prevention (CDC) places barracuda at the top of its list of predatory fish consumers ought to avoid. This is because large, predatory fish that live near reefs, like barracudas, have a greater chance of passing along ciguatera fish poisoning. As its name implies, the poisoning is caused by a substance called ciguatoxin. Though ciguatera fish poisoning can stir up a highly uncomfortable spectrum of symptoms, it's rarely fatal.

Certain types of algae that breed in deep tropical waters produce ciguat­oxin. More specifically, it comes from a one-celled organism called dinoflagellate that breeds on different kinds of algae. Since barracudas are carnivores, they don't consume the ciguatera-tainted algae directly. The small fish that barracuda feed on, such as tuna, herring and anchovies, eat the algae; then, the ciguatera enters the barracuda's system as it digests the fish. While barracudas process the ciguatera, the poison accumulates in their flesh, fat and viscera [source: Hoffman et al].

The ciguatoxin doesn't harm the barracuda, but almost everyone who eats infected barracuda will reap unpleasant consequences. Within 24 hours, the poisoning provokes extreme nausea and vomiting that often lasts for a couple of days. A tingling in nerve endings, or parethesia, may persist longer. Other symptoms include headache and a metallic taste and feeling of loose teeth in the mouth. In atypical cases, ciguatera fish poisoning can produce permanent nerve and cardiovascular damage.

The incidence rate for ciguatera fish poisoning is low, around 5 to 70 cases per 10,000 people every year [source: Louisiana Department of Health and Hospitals]. In once such case in 1997, 17 crew members on a ship off the Texas coastline came down with it after ingesting barracuda [source: CDC].

Other large, predatory fish living in the same area as barracudas can ingest ciguatera. In fact, more than 500 species fit that description, including mackerel, amberjack and grouper [source: Hoffman et al]. To minimize the chances of getting sick when eating predatory tropical fish, consider the part that you're consuming. The toxicity of fish parts, ranked in descending order, goes as follows: liver, intestines, testes, ovaries and flesh [source: Bannerot].

Since there's no way to detect whether barracuda is infected with ciguatera, there's a slight chance that you could get sick from eating it. If you decide to, steer clear of the head and viscera and remember that smaller is better. The larger the barracuda, the more fish it's consumed. If that still sounds risky, just take the safe route and order the fish and chips.

Cristen Conger "Will I get sick if I eat barracuda?" 13 March 2009.
HowStuffWorks.com. <https://animals.howstuffworks.com/fish/eat-barracuda.htm> 8 December 2022
Print | Citation
Featured
Special Offer on Antivirus Software From HowStuffWorks and TotalAV Security
Try Our Crossword Puzzles!
Can You Solve This Riddle?
Dangerous Waters 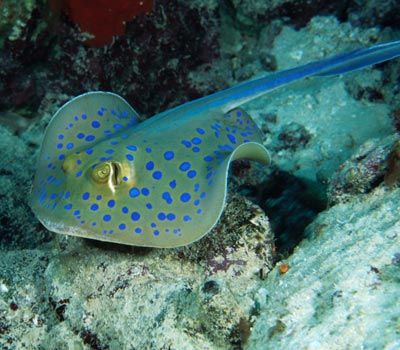 Up Next
How Do Stingrays Kill?
Explore More 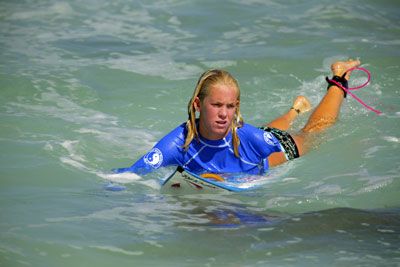 You May Like
How strong is a shark's bite?
Explore More