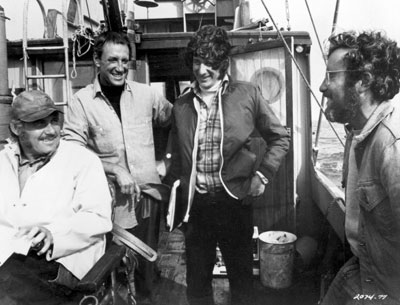 In 1975, a 28-year-old filmmaker named Steven Spielberg scared the bathing suits off of movie audiences all over the world with the smash hit "Jaws." His big-screen adaptation of Peter Benchley's best-selling novel cost just $7 million dollars to make, went on to gross more than $470 million around the world and launched Spielberg's Academy Award-winning directing career. The book and movie were about a killer great white shark that terrorizes the fictional beach resort town of Amity Island. The movie opens with the famous night-time attack of a frolicking female swimmer, with John Williams' understated, classic score supplying the tension: Da-dum. Da-dum. Da-dum, da-dum, da-dum! The water went red, panic ensued and a classic was born.

What many people may not know is that Benchley's novel was inspired by a real set of shark attacks on the beach communities of New Jersey in 1916. That story clocks in at number two on our list, just ahead of the true story of the USS Indianapolis attacks that "Jaws'" shark hunter, Quint, recounts in gory detail to Chief Brody and Matt Hooper.

In this article, we'll get our feet wet with those stories and eight others for a top 10 that may leave you beach-bound.