by Charles W. Bryant
Prev NEXT
4 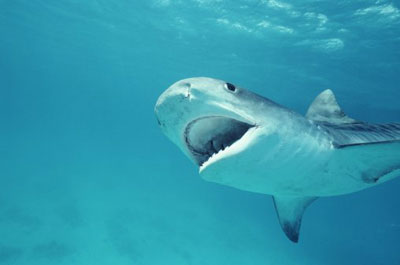 ­The most remarkable part of Henri Bource's shark attack was that part of it was actually captured on film. In 1964, Bource and two other divers were playing with some seals in the ocean off Lady Julia Percy Island in Australia when a great white came up from under Bource and took off his leg. His diving partners heard Bource scream and then saw his leg floating in the water. They managed to get Bource back onto the boat and he was able to tell them his blood type, which was radioed ahead to shore. Bource later recounted that he tried to get his leg free by jamming his hand down the shark's throat and gouging its eyes. Bource is an amateur underwater photographer and filmmaker, and a few years later, he took the original film footage from the attack and reconstructed the other parts for a documentary called "Savage Shadows."

To find out what story number three is, please surface and tread to the next page.