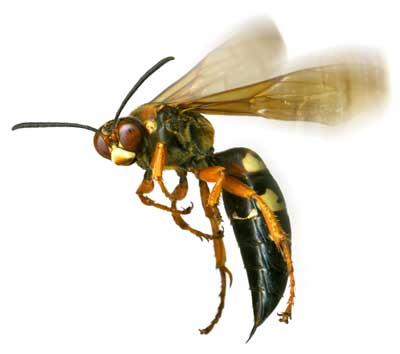 Wasps' stingers are loaded with very potent venom, and unlike honeybees, wasps can sting a victim multiple times.
©iStockphoto/Rhett Stansburry

A wasp's sting isn't the sort of thing most people take for granted, but the same can't be said for the chemical makeup of the venom. After all, why does a wasp sting hurt so much?

Wasp venom is far more than just stuff that hurts; it's a multi-step micro-assault with a twofold aim:

To get to the bottom of wasp venom, it's important to understand exactly what pain is: localized physical suffering associated with physical injury or disease. Basically, it's the nerves telling the brain, "Hey, your arm is damaged," or "Move, your leg is on fire." The intended result is that the creature experiencing the pain will fight or flee, whichever best removes the threat of more physical damage. For more information, read How Pain Works.

With wasp venom, the pain, which can be very intense, is an exaggeration of the actual physical damage, which is minimal. The sting enables the wasp to convince larger threats that it's capable of dishing out far more physical damage than one would expect from a creature so small. The message, often driven home with bright body coloration, is "leave us alone."

Wasp venom achieves this effect by waging a staged attack against the nervous system on a cellular level.

This sting accomplishes the goal of persuading most large animals not to try to kill or eat the wasp. Think of pain as a security system, only for your body. A wasp sting might not actually burn the house down, but it sure can set off all the alarms and sprinkler systems.

But there's much worse in store for the smaller victims of wasp stings -- the gory details of which we'll explore in the next section.

Wasps and the War on Terror