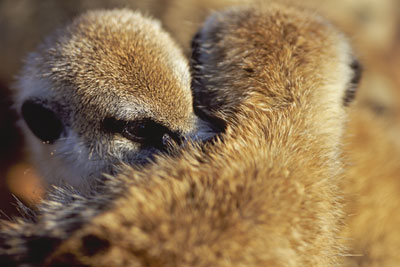 It's no secret that girls, particularly teens, have been accused of being catty. Competition is sometimes stiff among girls, especially when the attention of a boy is on the line. But human females have nothing on meerkats. While meerkats maintain cooperative societies, this term is a bit misleading. It's true that meerkat females all pitch in to help raise the gang's or mob's young, but the willingness to do so comes from the threatening dominant female.

That's because meerkat societies are supported by exceptionally strong hierarchies. Gangs consisting of anywhere from five to 30 meerkats are ruled by a dominant male and female. Everyone beneath this king and queen is something of a commoner, with the dominant meerkats running the show.

The position of dominant female in a meerkat mob is a pretty important one. Research into meerkats has found that they cooperatively breed. This means that the vast majority of offspring (pups) is produced by just one female -- you guessed it, the dominant female. The other females help raise the pups. Meerkats adhere so strictly to cooperative breeding that studies of meerkats have shown that a dominant female can be responsible for up to 80 percent of the pups produced in a gang each year [source: National Geographic].

What's more, the dominant female is the one who gets to pass her genes along. By holding a virtual monopoly on reproduction among the group, future generations of the meerkat gang will be her offspring. And since meerkats generally keep to themselves (they don't always get along well with other meerkat mobs), it can be tough for nondominant females to find a mate. Since there appears to be a biological urge among all living things to pass along their genes, the dominant female position in meerkat gangs is a coveted one

-- and jealously guarded by the title holder.

So how do meerkats choose which lady is the lucky winner? Find out on the next page. 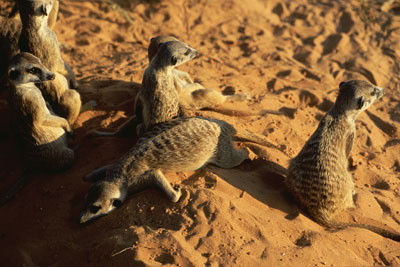 How do armadillos roll into a ball?
Why Is Wombat Scat Shaped Like a Cube?
How Billie the Dolphin Taught Her Flippered Friends to Bust a Move