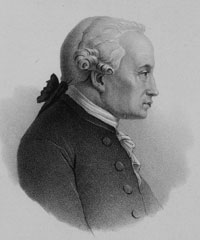 For centuries, there's been a debate over whether true altruism exists among humans. In philosophical terms, an altruistic act is one that a person performs for the benefit of others, but to his or her own detriment. Eighteenth-century Prussian philosopher Immanuel Kant suggested that there's no such thing as altruism -- in every instance, the giver gets something in return for his or her generosity. This benefit can be as small as a sense of well-being for having helped someone else.

Helping others at our detriment is risky behavior, evolutionarily speaking. Think about it: Say you're overcome with an urge to give your last piece of bread to someone else. The other person eats, but you don't. Ultimately, after enough of these selfless acts, you'll starve and die, and your dangerous habit of helping others should die along with you.

But the trait hasn't died. People still perform altruistic acts today, and generosity continues to baffle thinkers. In the animal kingdom, altruism poses an equally prickly problem to explain. Why some animals exhibit generosity is a real mystery to biologists. It's not like they're thinking about the tax write-off they can get by donating money or the accolades they'll receive for community service. Their behavior seems automatic -- and inexplicable.

Meerkats have one of the most cooperative societies in the animal kingdom. These African desert dwellers are perfect subjects for an investigation into altruism. For one, they live in a harsh habitat, quite a long way from easy street. Danger lurks around every corner because they sit at the bottom of the food chain. The foods they eat -- insects and lizards -- require long days of hunting and lots of expended energy scrabbling in the hard-baked sand to get to. Water is scarce, and unpredictable dry seasons can wipe out entire meerkat groups, or gangs. What makes their communal nature even more perplexing is that meerkats evolved from mongooses, which generally live alone.

But rather than adopting the habit of looking out for numero uno like their ancestors, meerkats have developed tight-knit societies that consistently display random acts of kindness.

So why do meerkats seem to exhibit a natural generosity toward others in their gang? Find out on the next page. 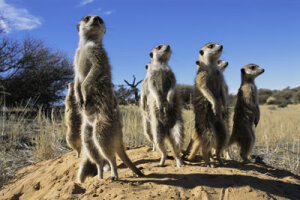 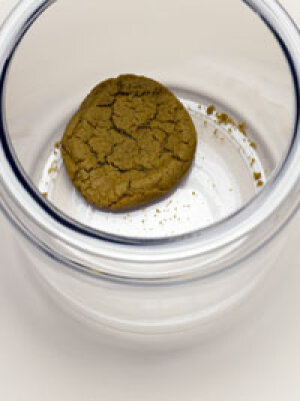 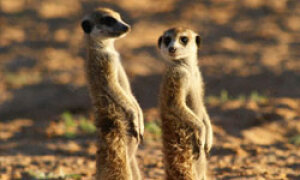