Polar bears have captivated humans since the beginning of recorded time. Writings dating back to 57 C.E. in ancient Rome describe flooded amphitheatres where polar bears and seals were pitted against each other (not much of a fight, as it turns out). Kings of ancient Egypt and early Norway were the first to keep polar bears captive, and the fascination with them has held through the centuries [source: Polar Bears International]. A terrifying version of the animal inexplicably shows up on a tropical island in the TV series "Lost." Ad campaigns all over the world feature polar bears to sell everything from bottled water to transportation systems to soda.

A Coca-Cola ad campaign in the 1990s added "adorable" to the polar bear's image. The ads featured a clumsy, animated cub that bridged the natural wariness between polar bears and penguins to share a nice, cold bottle of Coke. Polar bears don't actually have a natural affinity for penguins, as the two don't live in any of the same regions and never see each other. But still, cute is cute.

Polar bears' shocking whiteness, ferocity and sheer size make them icons of purity and power. Males can grow up to 10 feet tall (3 meters) and weigh up to 1,500 pounds (680 kilograms) [source: National Wildlife Federation]. A single bear can take on a 2,500-pound walrus, and hang on to the massive catch with 2-inch claws (5 centimeters). They walk hundreds of miles across ice sheets every winter, following their prey.

In the Arctic, polar bears are at the top of the food chain, and it's not just because of their size. They're so well-adapted to their environment that they experience no change in body temperature at minus 34 degrees Fahrenheit (minus 37 Celsius). However, the incredible survival mechanisms that let them thrive in frigid winters may prove to be their undoing. Because of global warming, winters are getting less cold and polar bears are dying. Some scientists project that if climate trends continue, 30 percent of the current polar bear population will be wiped out by 2050 [source: IUCN].

What's life like for an animal that needs such extreme cold to survive? Let's head to the Arctic and see how polar bears live on the ice.

The Buzz on Bears 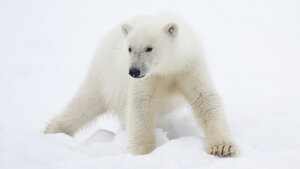 Will I die if I eat polar bear liver? 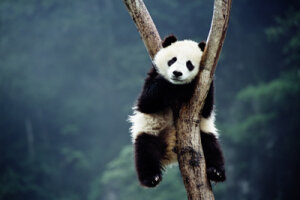