My little beagle Daisy gets away with just about anything thanks to her big brown eyes. It's almost like she knows if she flashes me those puppy dog eyes, she's got me wrapped around her, well, fluffy dog tail.

And according to new research from the University of Portsmouth's Dog Cognition Centre, dogs like Daisy deliberately make more facial expressions when we're watching them, and it could be their way to communicate with us. The study was led by Dr. Juliane Kaminski and published in the October 2017 issue of Scientific Reports.

Kaminski and her research team came to their conclusion after watching 24 different dogs, all family pets of varying breeds and ages. Each dog was filmed individually in a room with a person who went through various scenarios, including looking at the dog, looking away from the dog and giving the dog food.

The scientists then studied the dogs' facial expressions using the Dog Facial Action Coding System (DogFACS), which is a scientific tool for coding canines' facial movements. (It was adapted from the FACS system created for humans by Paul Ekman and Wallace Friesen in 1978.) Kaminski and her team discovered that each dog made animated faces when the person in the room was looking at it, including raising its eyebrows and sticking out its tongue — much more than when the person's back was turned.

"The findings appear to support evidence [that] dogs are sensitive to humans' attention and that expressions are potentially active attempts to communicate, not simple emotional displays," Dr. Juliane Kaminski says in a press statement.

Most surprisingly is that even the presence of food didn't influence the dogs as much as human affection. "We knew domestic dogs paid attention to how attentive a human is — in a previous study we found, for example, that dogs stole food more often when the human's eyes were closed or they had their back turned," Kaminski says. "In another study, we found dogs follow the gaze of a human if the human first establishes eye contact with the dog, so the dog knows the gaze-shift is directed at them."

Kaminski says it's possible that the expressions of dogs have changed as they've become more domesticated. But the study does have its limits: Twenty-four canines makes for a small study sample, so it's likely that more dogs should be studied to confirm the findings.

Of course, we may never know, regardless of how many scientists study it, if our dogs truly understand what we say or if they're really trying to communicate with us through their eyes or faces. But I'm pretty sure my beagle friend knows exactly what she's doing when she flashes her big brown eyes my way.

Now That's Cool
According to the American Kennel Club, the shape of a dog's face could suggest the length of its life. For instance, dogs with longer faces might outlive canines with differently shaped heads. 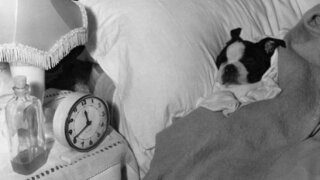 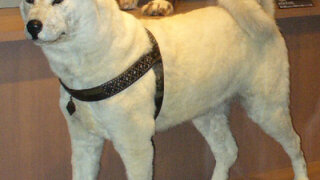