Hamsters are adorable. They're wee and fluffy, and have tiny paws and wiggly noses. And those little ears! But they have a bad reputation for being bitey little buggers.

Almost every pet you can get needs some time to adjust to a new home, and hamsters are no different. Not only that, but they're so small in comparison to us humans. And look at them. That cute little face clearly says "prey animal near the bottom of the food chain." When our giant, unfamiliar human hands grab them from behind in their cage, the poor little hamster might think those are raptor claws or something. And like any prey animal, they're going to try something to free themselves from becoming someone's snack. The one thing a hamster can do is bite.

So though hamsters are almost always biting out of fear, not aggression, they do tend to bite more than other small pets. Also, their jaws are stronger than those ridiculous, tiny front paws. Watch your hamster go about their business (they're nocturnal), and you'll see them use their teeth for everything: building a little house or bed, moving things around, and making scary things like your hands go away.

Diane Kipnis of Furball Critters has been breeding hamsters for more than 20 years. She notes that some hamsters can be territorial when they first arrive in your home. "Usually they work out of that," she says. They're typically more territorial toward other hamsters, but they can be that way toward humans they don't know too.

The goal here is help your hamster get used to you before you ever try to pick them up. When they know you, they won't be threatened by you. Make sure you plan your hamster time in the evening, when they're awake. No sense in reading "War and Peace"to a sleeping hamster. Besides, don't you want to bite someone when they wake you up from a deep sleep?

Here are some tips that work with a new hamster or a hamster who's been around but maybe still takes the occasional surprised nip:

When you pick up your hamster, you want them to feel safe. The best way to lift them out of their cage is to place your hands on either side of their little potato body then bring your hands together under that fuzzy, round belly. Very much not like the way a hawk would pick up a rodent.

A little girl cuddles her hamster in her hands. If that hamster makes a break for it, it doesn't have far to fall.
Sol de Zuasnabar Brebbia/Moment/Getty Images

When you have a happy enough hamster in your hands, let it sit in one palm while the other kinds of cups them behind that fuzzy butt. Make a little den out of your hands. Hamsters like dens.

It also helps to wash your hands before holding your hamster. If your hands smell like food, they may give a little trial nibble just in case that thing that smells like a carrot is actually a carrot and not a human finger. "I call that 'tasting,'" Kipnis said. You'll be able to tell the difference between a happy hamster tasting your finger and a scared hamster biting you.

A hamster's tiny, sharp teeth feel more like being pinched than being bitten. Do your best not to yell. Just lower it into its cage, and it'll let go. Their bite is not very damaging, and they're very unlikely to carry rabies, according to the Centers for Disease Control and Prevention. Washing your hands and sticking on a bandage typically are all you need post-bite.

Now That's Recycling
While your hamster is in training to not bite, you still need to clean its cage. If you have an empty 2-liter bottle around, you can make it into a small-animal scoop! Wash the bottle with soap and water, then cut off the bottom. The edges can be sharp, so be careful when scooping your hamster out of the cage. Then just put the hamster somewhere safe for a few minutes while you clean its house. 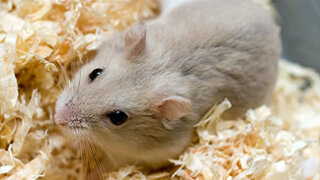 How to Care For a Hamster 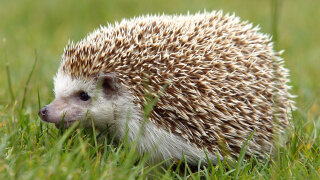 Hedgehogs: Adorable, But Do They Make Good Pets? 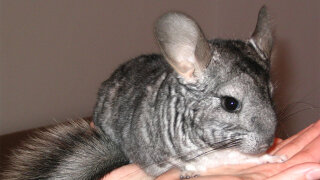 Rules for Keeping a Pet Chinchilla 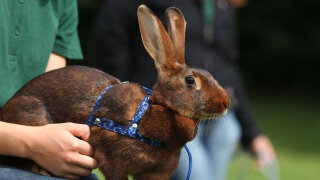 Getting a Pet Rabbit? 4 Things to Know First